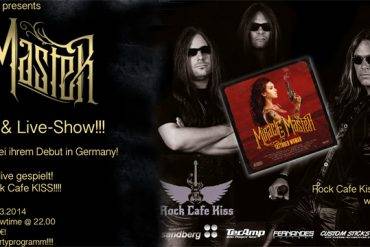 Danish/German hard rockers MIRACLE MASTER have scheduled a exclusive CD-release party and live show for their debut album, "Tattooed Woman", on Saturday, March 15 at Rock Cafe KISS in Hechingen, Germany. The video teaser for the event can be viewed below.

MIRACLE MASTER will play the new album in its entirety, during the more-than-two-hour event, including a after show party. MIRACLE MASTER's debut album "Tattooed Woman" will be released on March 7 via GoldenCore Records/ZYX Music.