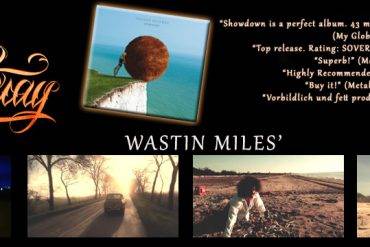 Italian hard rockers VOODOO HIGHWAY have released a new video "Wastin  Miles" from their second album "SHOWDOWN", to be released worldwide via Dust On The Tracks Records through Sony, Universal, Proper Music Group, MVD, Suburban on April 26th (UK release is set on April 29th). Watch the video below: