International power prog metal band BLACKWELDER signs a record deal with Germany’s GoldenCore Records/ZYX Music. BLACKWELDER is currently recording, mixing and mastering the yet untitled album for a release later this year. Hailing from the four corners of the world, BLACKWELDER is a brand new metal experience featuring some of the top names in Power Prog Metal today. Arguably the best singer in all of metal, Ralf Scheepers (Primal Fear, ex-Gamma Ray) fronts this extraordinary outfit at the top of his game, alongside guitar virtuoso Andrew Szucs (Seven Seraphim), Bjorn Englen (Dio Disciples, ex-Yngwie Malmsteen) and Aquiles Priester (Hangar, ex-Angra) round out this unstoppable team of what quite possibly could be one of the greatest lineups metal has ever seen. 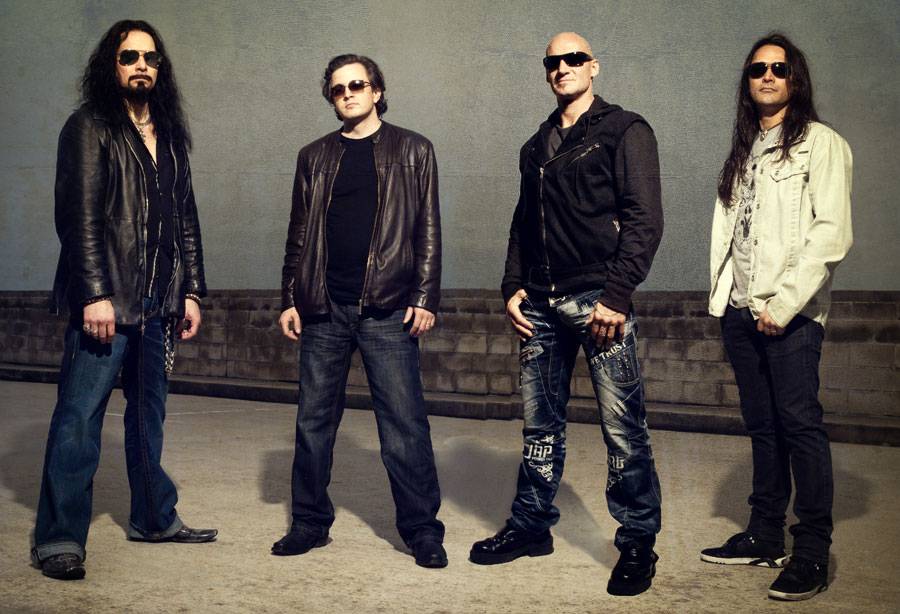 BLACKWELDER began as the long-awaited follow up to Seven Seraphim’s “Believe in Angels“. Bit by bit, as the songs materialized, it became evident to mainman Andrew Szucs that this music should carry the banner of a new musical entity, emerging from a richer, darker source – thus, BLACKWELDER was born.

Andrew began this musical journey alone, however, once he completed the framework for all of the songs, the band members began to fall into place like pieces of a puzzle.

Bjorn Englen was the first to climb aboard, expertly adding his bass lines to the songs. Bjorn would later go on tour with Tony MacAlpine alongside drummer Aquiles Priester, after which, it seemed only natural to keep this rhythm section in tact for BLACKWELDER.

Once Andrew’s guitars were recorded, it became evident that a true powerhouse vocalist was needed to carry these songs to completion. Not just any voice would do.BLACKWELDER would need the stratospheric vocal stylings characterized by the rich tradition of European heavy metal, and who better to do that than the voice of Primal Fear: Ralf Scheepers. Like a dragon with its fire, Ralf’s voice and lyrical themes are a natural fit to the songs of BLACKWELDER; blending and contrasting with the Marshall-based guitar tones in perfect harmony.

Topping off this powerful lineup is the unparalleled drumming of Aquiles Priester. Andrew and Aquiles agreed to finish the songs with Aquiles’ unique pyrotechnic display of progressive metal drumming techniques and what a display it is.

BLACKWELDER is a winning formula of raw musical virtuosity that holds the listener’s ears right from the start. This act is surely not one to be missed and cannot be denied!