US hard rock band, BULLETS AND OCTANE, are excited to announce the launch of their Kickstarter campaign in order to raise funds to get their new record label “Bad Mofo Records” off the ground, and raise money for PR and other marketing tools. The campaign features lots of great incentives with every donation, ranging from one-of-a-kind memoribilia to signed guitars and even Gene’s stage microphone! The new album “Riot Riot Rock N’ Roll” is slated for release early 2020 on Bad Mofo/Cargo Records UK.

BULLETS AND OCTANE is a hard rock band based in Los Angeles, California. The band has been touring in Europe, North America and Japan playing as a support band for Avenged Sevenfold, Stone Sour, The Used, Eagles of Death Metal amongst others, as well as headlining their own tours.

BULLETS AND OCTANE exploded onto the scene with their debut album “The Revelry” produced by Gilby Clarke of Guns N’ Roses and shortly after that signed with RCA/BMG Records releasing their first major label album “In The Mouth Of The Young“, produced by Page Hamilton.

In 2018, BULLETS AND OCTANE released their new album “Waking Up Dead” on Cargo Records UK and also signed with Artery Global Talent Agency. 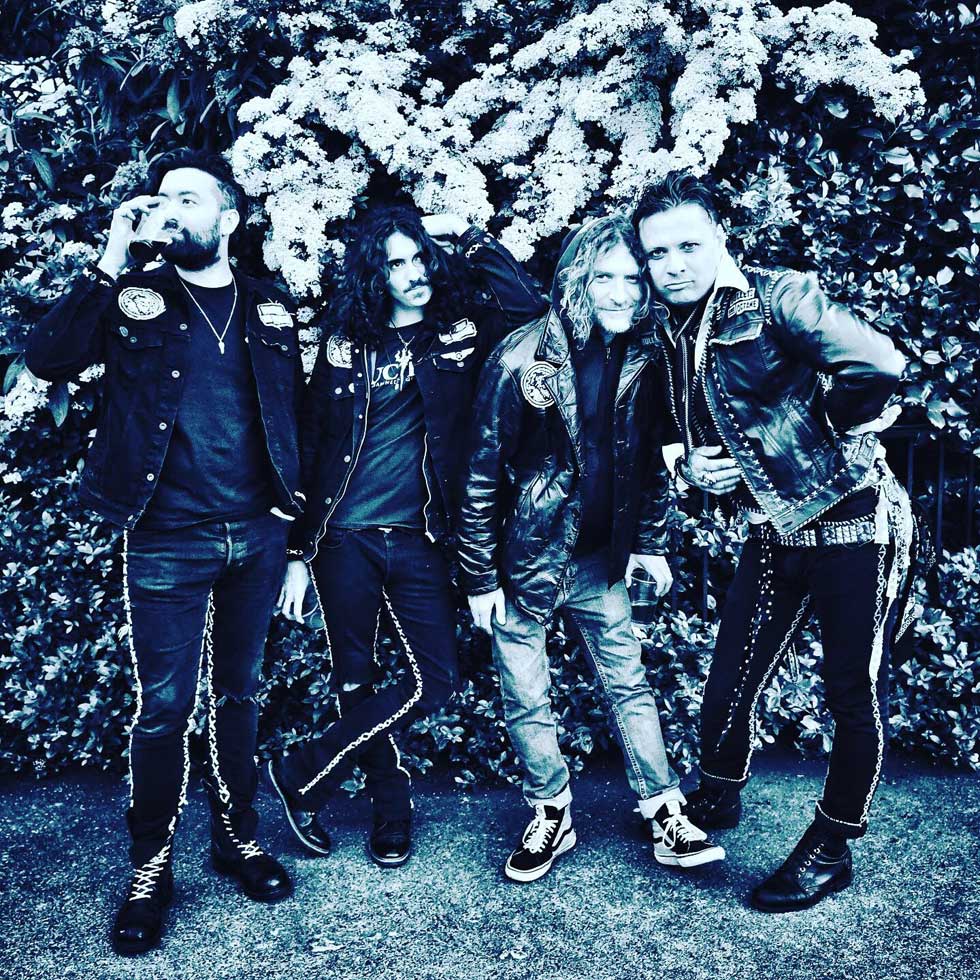 BULLETS AND OCTANE will be playing Sammy Hagar‘s High Tide Beach Party in Huntington Beach, California in September and heading out on a European tour in November 2019.