UK rock band CATS IN SPACE return in 2021 with their new single and music video for ‘LISTEN TO THE RADIO’, taken from their hit album ‘ATLANTIS’. Released on all digital platforms, plus CD via the webstore, this classic slice of ‘Power Pop’ is another surefire smash. With their trademark ‘wall of vocals and guitars’ sound set to stun, the tune will blast through the airwaves in a way only Cats In Space know how to. The YouTube video can be viewed below.


A firm favourite cut already, this song accompanied by yet another fantastic video, will ensure the bands’ current album ‘ATLANTIS’ rides through the choppy waves of 2021 and beyond. 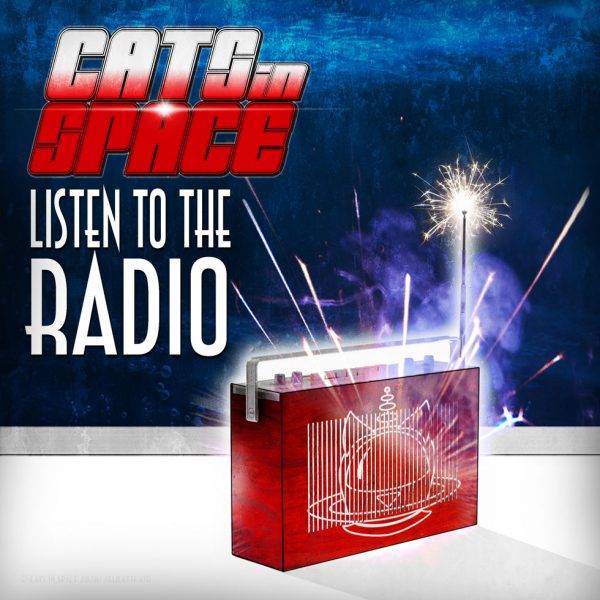 The success of the album gathers pace as newfound fans overseas, and indeed on home turf have ensured the new album is by far their most successful to date already, with sales reaching record numbers inside the first 3 months of release.

So much so the album amazingly went ‘straight to No.1’ on the UK’s official breakers rock chart’ on it’s first week of release, and No.53 in the National album chart.

“Thanks to the incredible support of our fans and the live stream show we performed with ‘Better than Live’ before Christmas, 2020 was our most successful year in terms of sales despite the horrors of Covid-19. It has been yet another magical ride that is not stopping anytime soon”

The band are all poised and ready to hit the festivals this Summer, including two headline appearances, and their own headline tour in the Autumn. Plus there is some very exciting news yet to come on the ‘live shows front’, and more huge news for the Winter.

Yes 2021 is going to be another very busy year for the mighty CATS IN SPACE, so come ‘dive with us’ into a brighter future and get ready to rock.

CATS IN SPACE is: 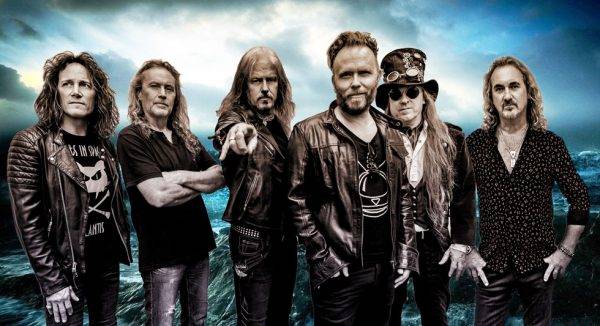 The Cats’ Story so far…

CATS in SPACE have caused quite a stir since landing in 2015. With their unique sounds they will transport you back to the heady days of 70’s Classic Rock. Think loud guitars and huge drums, walls of soaring multi-layered vocal harmonies, grandiose pianos and unforgettable singable choruses. It’s purr-fect!

Touring with legendary rock giants Deep Purple, Status Quo & Thunder playing UK arenas, as well as Hyde Park with Phil Collins and Blondie, the Cats have accumulated an ever growing army of faithful fans, gaining exceptional live reviews along the way. From humble beginnings to performing at The Hammersmith Odeon, The London Palladium and the London O2 Arena, shows the extent of the orbital journey for these Cats so far…

They have released two critically acclaimed albums in ‘Too Many Gods’ (2015) and ‘Scarecrow’ (2017) which made the UK national top 30 chart and were voted top 10 in the ‘Planet Rock album review’ of 2017. Reviews worldwide were nothing short of incredible, in fact “breathtaking” as one reviewer put it!

A storming live album, ‘Cats Alive!’ (2018) was released on all formats including vinyl, to document the magnificent live performance the band delivered at the Cardiff Motorpoint Arena, thus cementing the Cats as front runners in the UK rock scene.

In 2019, after a year in the making, the Cats unleashed their boldest, biggest and most adventurous album yet, ‘Daytrip to Narnia’ – the reviews were astounding, the sales were staggering and in turn forced the normally reserved Rob Evans at ‘Powerplay Magazine’ to state… ‘Daytrip to Narnia – Their finest hour, most definitely the album of the year, possibly of the DECADE’.

The ‘Narnia Part 1 tour’ was a runaway success. Many called it “One of the best shows they had ever seen” and although lead vocalist Paul Manzi left the ship at the end of the tour to venture onto pastures new, it did not stop the band’s profile soaring even higher as they ventured into the UK theatres for the first time along with larger venues.

As Paul said farewell, a new cat wandered inquisitively into the bustling Starship and the team welcomed aboard the talented and unassuming Mark Pascall – a brand new vocalist to join the Cats for ‘Part 2’ of their journey.  A new version of ‘September Rain’, from the ‘Scarecrow’ album was released as the band played the legendary London Palladium!  Then, heading overseas for the first time to spread their 70’s rock vibe to a whole host of new Cat fans, the band stormed the HEAT festival in Germany before returning home for a triumphant UK Christmas tour in support of their hit ‘My Kind Of Christmas’.  2019 ended with an almighty festive bang – two tours, two albums and a timeless Christmas hit all inside 12 months.  The year 2020 arrived, the saddest year for the planet in a while with Covid 19.  The Cats decided to ‘boldly go forth’ and help bring much needed musical relief.  They battened down the starship hatches and submerged into the depths of the ocean, hoping to find inspiration (and a new aquanaut vocalist, in the shape of the star of Jeff Wayne’s ‘War of the Worlds’ musical, the astonishing DAMIEN EDWARDS).