CATS IN SPACE Release ‘Thunder In The Night’ Music Video, New Album ‘Daytrip To Narnia’ Out In March

UK pomp rockers CATS IN SPACE have released a new music video for ‘Thunder In The Night‘, the track is taken from their 3rd album ‘Daytrip To Narnia‘, which will be released on March 1st via Harmony Factory/Cargo Records.

CATS IN SPACE invite you to join them on a ‘DAYTRIP TO NARNIA’. An album crammed with even more outrageousness than all their predecessors combined. Jam packed with incredible artwork and extras it is very special.

“Cats in Space, with their love of the 70s and their superb hummable choruses are here to remind us of better, more innocent times…” Classic Rock magazine 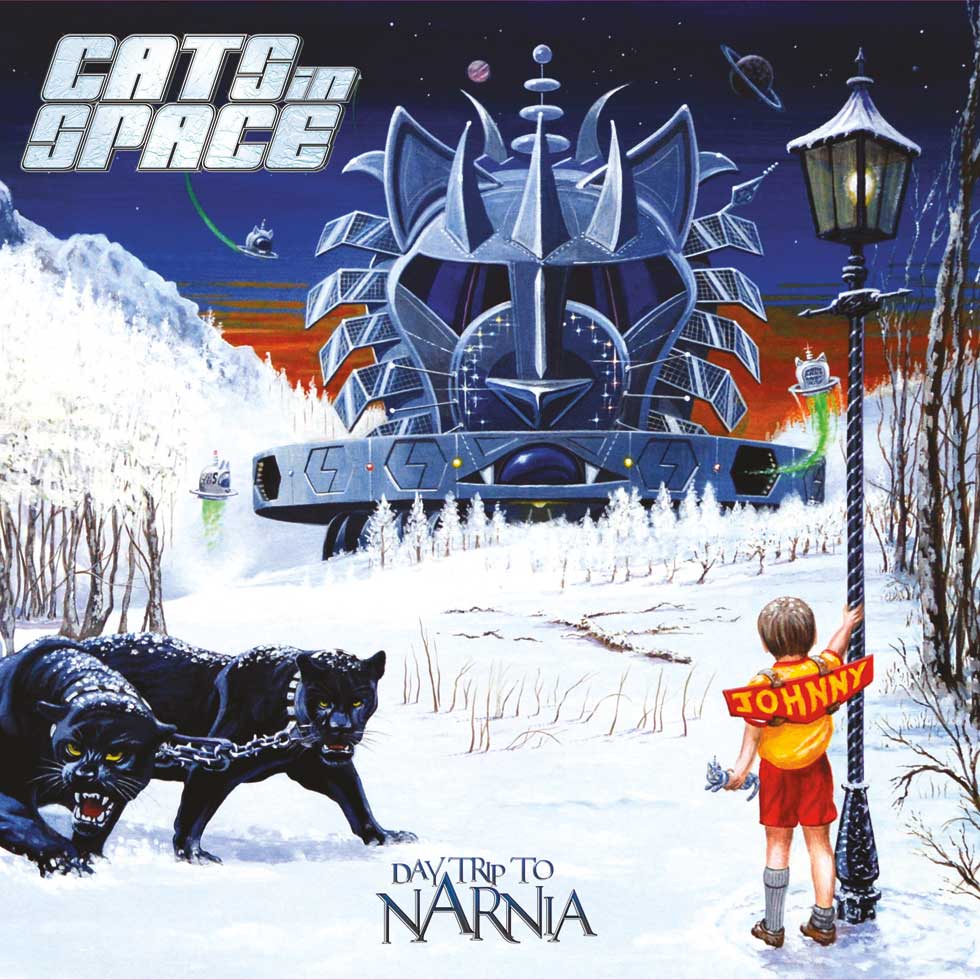 CATS IN SPACE is:

A huge ‘Epic Long Player’ featuring  on one side, soon to be Power pop classics like the single ‘Hologram Man’ &  ‘Silver & Gold’ through to the acoustic power ballad ‘Chasing Diamonds’ with vocals reaching out to the stars. Flip it over and you see the conceptual 27 minute masterpiece that is ‘The story of Johnny Rocket’. Six songs making up a ‘Space travelling masterpiece’ turning from rock to disco to heart wrenching balladry in one flight…A bold huge musical move that only these Cats can pull off in this day and age of musical blandness. It is a ‘vinyl journey’ that will leave you breathless……So strap yourselves in as we take you out of this world…..

The album will be available on standard CD, 12″ 180g White Vinyl and an extremely limited edition Narnia Box which is a numbered, premium quality wooden boxes full of Cats In Space goodies including the new album on CD, a 12″ of ‘Thunder In The Night’ which includes unreleased tracks like their version of Led Zeppelin’s ‘Communication Breakdown’, ‘Man In The Moon’ (acoustic), ‘Mr Heartache’ (Manzi Mix), a Johnny Rocket woven patch, dog tag, guitar plectrum, six collector cards and a cover of Slade’s ‘How Do You Feel’ featuring Danny Bowes from Thunder on 7″ vinyl.

To support the album, the Cats will undertake a UK tour in March, April and May, with support from Rock Goddess on selected dates with the other support bands to be confirmed in due course.

CATS in SPACE have caused quite a stir since landing in 2015. With their unique sounds they will transport you back to the days of 70s Classic Rock. Think loud guitars, walls of soaring multi tracked vocal harmonies, grandiose pianos, and huge sing able choruses. It’s purr-fect!

Touring with legendary rock giants Deep Purple, Status Quo & Thunder playing UK arenas, plus Hyde Park with Phil Collins and Blondie the Cats have gained an ever growing army of faithful fans, gaining incredible live reviews along the way. From humble beginnings to Hammersmith Odeon, Hyde Park and the London 02 Arena is just part of the incredible journey for these Cats so far…

They have released  two critically acclaimed albums in ‘Too Many Gods’  (2015) and ‘Scarecrow’ (2017) which made the UK national top 30 chart, and was voted top 10 in the ‘Planet Rock album review’ of 2017. Reviews worldwide were nothing short of incredible, “Breath taking” as one reviewer put it!

A storming live album, ‘Cats Alive!’ (2018) was released to document the incredible live performance the band put on, and cementing the band as front runners in the UK rock scene.

Now it is time for them to unleash the brand new album ‘Daytrip To Narnia’ in 2019, with more live shows planned for their next phase of world domination. 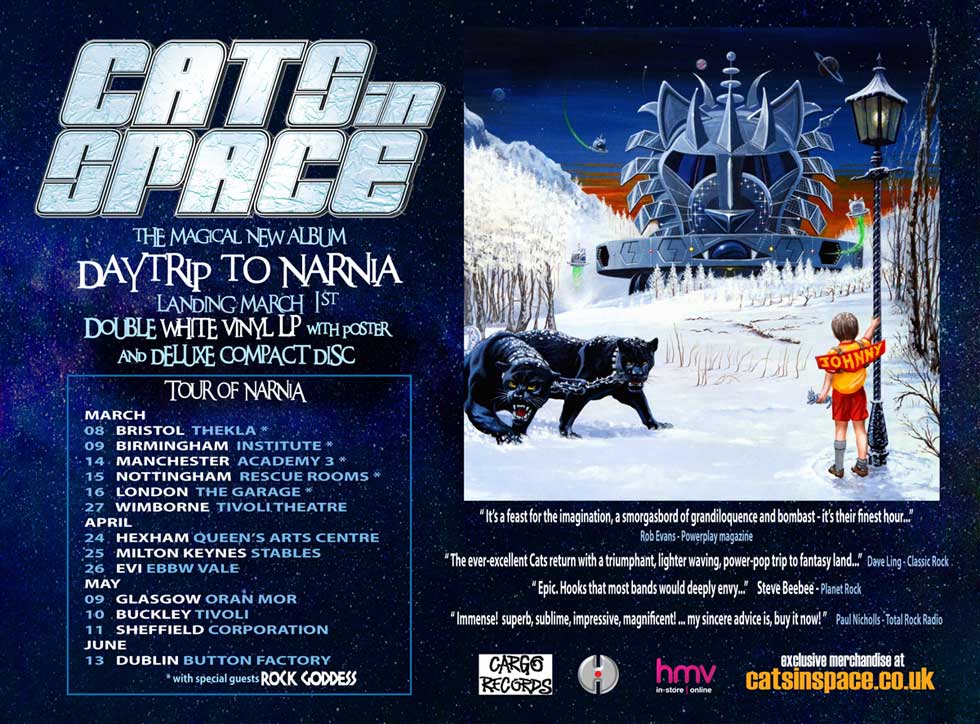