Multinational Melodic Metal band EDEN’S CURSE are delighted to announce their debut headlining club tour of the United Kingdom which will take place this coming May. The “Symphony Of Sin UK Tour” will visit Scotland, England and Wales stopping at Glasgow, Bolton, Wakefield, Wolverhampton, Grimsby, Swansea and London.

The dates are as follows : 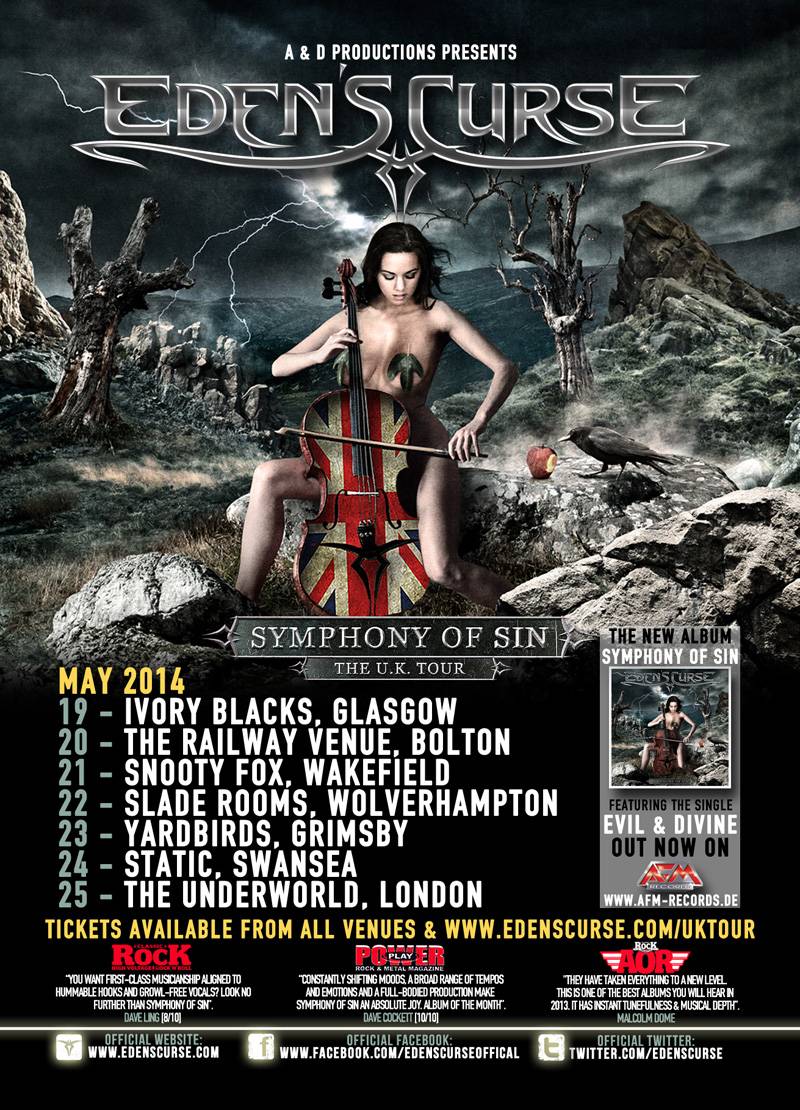 Tickets for all shows are now ON SALE and can be purchased from the venues directly or online at www.edenscurse.com/uktour

The band naturally are very excited about headlining as Bassist Paul Logue confirms “Absolutely! This is a real challenge for the band and dare I say it, quite a gamble in many ways! We have been so used to going out as the opening band for such great acts like Dream Theater and Stratovarius and now it’s our time to stand on our own two feet. So I guess you could say the feeling is more of nervous excitement! How many kids dream of standing up on a stage playing a headline set to their fans? I’m sure it will be amazing just getting the opportunity to play an extended set for our extremely loyal fan base that has waited patiently for this to happen. This tour is 100% for them“. 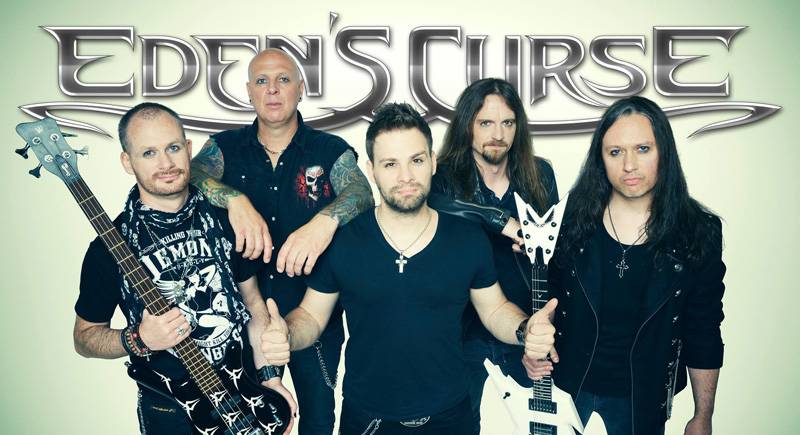 Paul goes onto explain how vital the EDEN’S CURSE fans are to the success of not just this tour but future endeavours. “They are absolutely key! We have such amazing and passionate fans in the UK and they have always delivered in the past for us. This however, is without question when we really need them the most! I appreciate that some of the shows are midweek and some people may have to travel to get there, but my experience as a regular concert goer in this country is that Rock music knows no boundaries! However the harsh reality of today’s music business is that if we want to tour again in the UK we need our fans to show up in numbers to these shows and I have every faith that they will! If you are coming, bring a friend and let’s have a party“!