Eden’s Curse have officially confirmed the departure of vocalist Marco Sandron. The band have issued the following statement:

“It is with great regret that Eden’s Curse announce a parting of the ways with vocalist Marco Sandron. This is due to various reasons, but it was mutually agreed that it would be in the best interests of the band to sever all ties. We believe Marco to be a great vocalist and person, but it just did not work out, and we sincerely wish him the greatest of success with his future musical endeavours”.

“While the creative core members continue with writing the fourth album, they have also commenced a worldwide search for a new vocalist”. 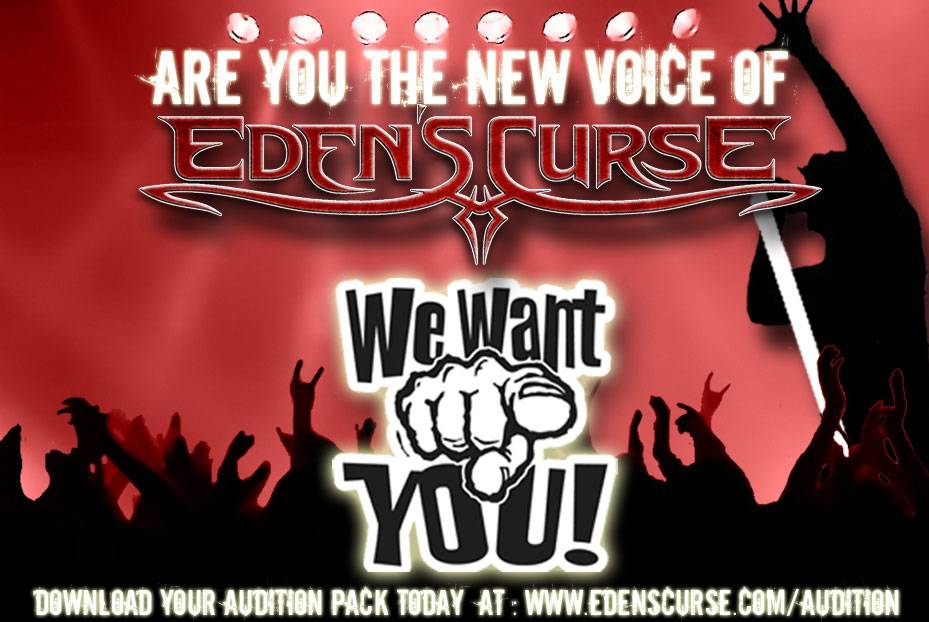 “We are looking for a powerful, melodic singer to write the next chapter of Eden’s Curse with us,” added bassist Paul Logue“.

“The band have released a 3-minute video on YouTube to accompany the Vocalist search“. It can be viewed below:

“Anyone wishing to audition for the vacant position should apply following the instructions at this web address: www.edenscurse.com/audition“.