US progressive hard rock band, FICTION SYXX feat. former members of BILOXI, XYZ, KING KOBRA, have released a music video for ‘Innocence‘, it’s the 3rd single out today and taken from the upcoming 3rd album ‘Ghost of my Fathers Past’, which is the follow up to their 2 acclaimed prior releases ‘Tall Dark Secrets’, released in 2017 & ‘The Alternate Me‘ released in 2019. The YouTube video can be viewed below. 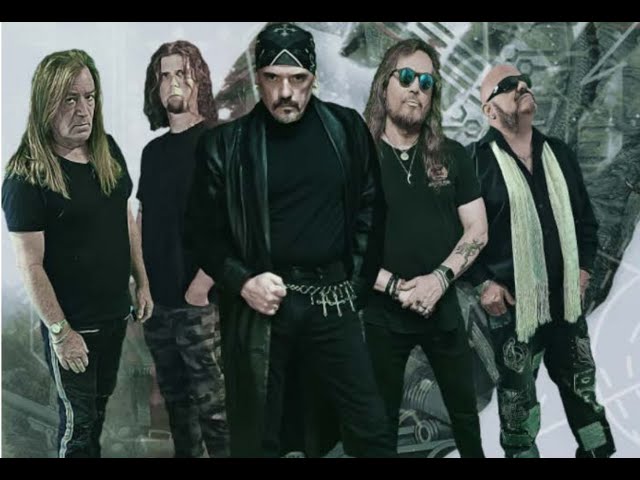 On March 27th is a special broadcast “Jorg’s World Alive” with other rock acts from around the world, including Steve Lynch (Formerly of Autograph). It’s a free event: https://www.eventbrite.de/e/139651580637. There will be several videos and tracks by FICTION SYXX and a live segment where a version of ‘Innocence‘ will be presented with vocalist Mark Lanoue singing live on Innocence for a pre-recorded live vocal track.

‘Innocence‘ is a song that relates to the times we are in, the things we take for granted, the people we take for granted. We are all being taken for a ride. We need to get back to that place where we love and respect others for who they are, not for what they believe, what they look like, or where they come from.

FICTION SYXX mixes progressive hard rock with a nuance of melodic rock. The first release from this project was a way to bring a talented core of seasoned musicians together to create a sound and an experience that is different from the rest.

The core of the band has stayed constant, other than one change – Larry Hart (King Kobra/Montrose) on bass guitar took over for Tony Franklin who played bass on the debut release. Prepare for songs with a story to tell, a mix of melody, harmony, soaring slide, and at times SHRED!

For every release, there is a passion to out do the last. The musicianship, the complexities of the songs, the production and the hooks. All maximized for fan enjoyment.

FICTION SYXX, is the brain child of songwriter/vocalist/guitarist, Mark Allen Lanoue. But like all ideas, including musical ones, it is not just about the writing; it is about the delivery. So, since the writing the first song in 2016 called “Welcome to my Nightmare” this band and the writing chemistry between Mark Lanoue & JK Northrup has become like a band of brothers that knows exactly what to add to make each song amazing.