Greek Power-Prog Metal band, FORTRESS UNDER SIEGE, have released a new single and lyric video for the song ‘SEVENTH SON‘. The track is taken from the new album ‘Atlantis‘, which will be released on 9th October 2020 in physical and digital format via ROAR! Rock Of Angels Records under exclusive licence from Metal Mad Music. The YouTube video can be viewed below.

“When I revealed the song title to my band mates, most of them thought I was joking. The thing is that the seventh son was Theseus, the ancient king of Athens, when he traveled to Crete to be given as a sacrifice to Minotaur, the mythical monster-son of King Minos, seven sons and seven daughters in total, says the legend. I always liked to borrow song themes from ancient Hellenic mythology and this song gave me the struck immediately, as it is powerful, lyrical and has in general an epic approach.” — comments by Fotis Sotiropoulos. 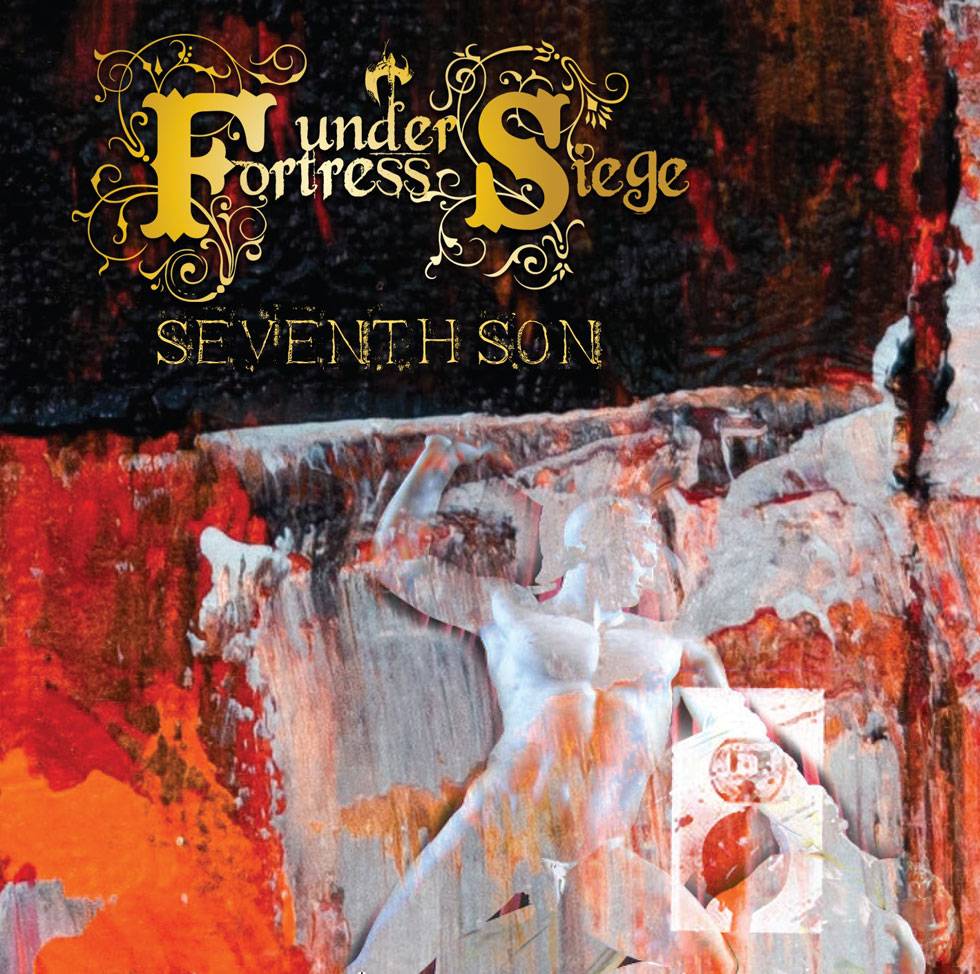 FORTRESS UNDER SIEGE new album ‘Atlantis‘ was produced and mixed by Fotis Benardo (Septicflesh, Rotting Christ, Innerwish). Mastered by George Nerantzis (Pain Of Salvation, Abbath, Dark Funeral, Gus G). The cover artwork by Yiannis Koutrikas, one of Greece‘s greater and most famous artists, is an original painting, a real masterpiece. 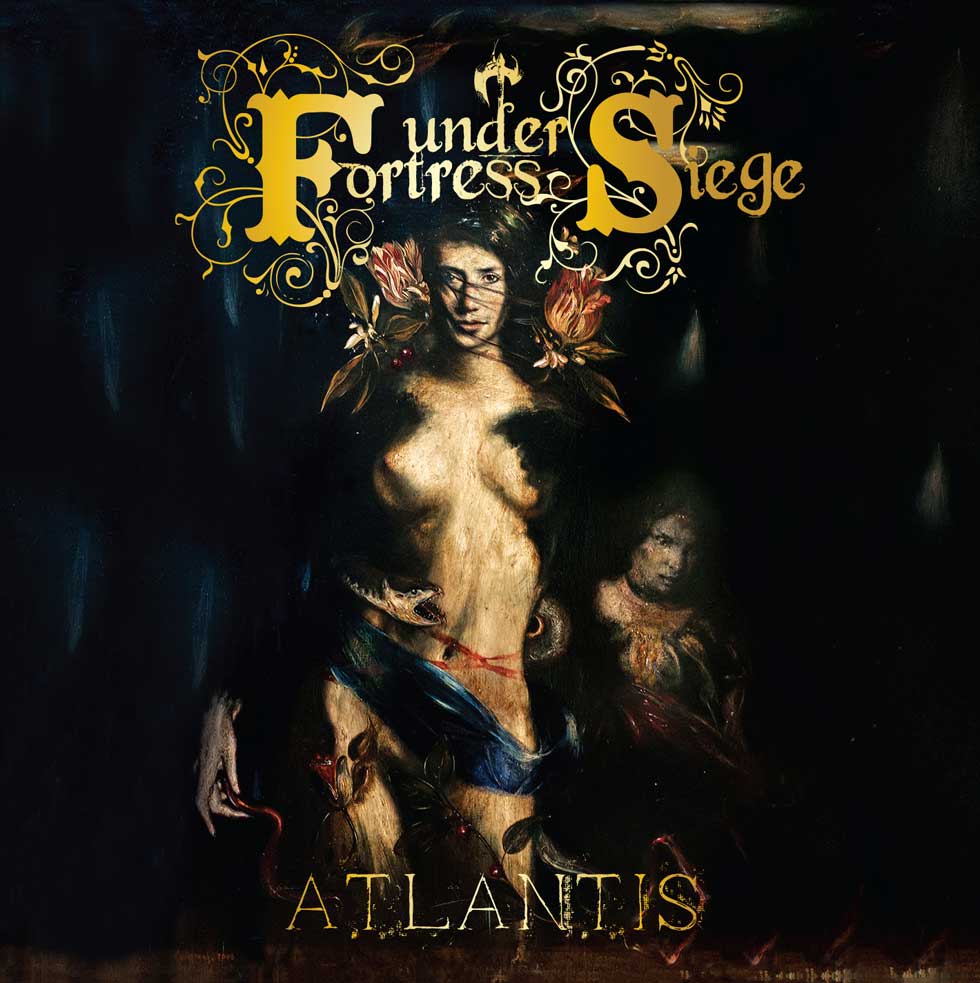 The lyrical themes vary from ancient Hellenic mythology like the mythical ancient king Theseus in “Seventh Son“, or the legendary duel of Trojan prince Hector with mighty Achilles in “Hector’s Last Fight“, to Spartacus as the everlasting symbol of struggle for freedom against tyranny and oppression in his self-titled song and comic hero Conan, as seen in the 1982 movie masterpiece of John Milius in “Vengeance“, or a quick reference to fierce Viking warriors in “Lords of Death“. Furthermore, there are other songs with a social-sensitive view describing problems like the one of overprotecting mothers in “Love Enforcer“, or school bullying in “Time for Rage” and the problems of human communication in “Silence of Our Words“. Last but not least, there is the self-titled “Atlantis” which is an allegory for all those things that you yearn and desire and you seek your entire life but you never reach, like a femme fatale, always in vain and a beautiful ballad called “The Road Unknown” which refers to unfulfilled dreams.

FORTRESS UNDER SIEGE is:

FORTRESS UNDER SIEGE was formed back in 1992 by Fotis Sotirpoulos (Guitars) and John Vasilakis (Guitars) after the split up of the traditional heavy metal band GLADIATORS. With the addition of Michael Smeros on vocals and Nick Dedes on drums and guest musician Aris Matheakakis on bass, on December 1996 released their debut, self-titled mini CD, a release that had a great impact at that time and still considered to be one of the best progressive power metal releases from a Greek band.

In the meantime, Vangelis Hatziandreou (Bass) and George Georgiou (Keyboards) had joined the band and, therefore, started promoting their new release with live performances but unexpectedly the band split up on 1998. Although inactive as a band since then, FORTRESS UNDER SIEGE continued composing and finally reunited on 2010. On July 1st, 2011 their debut full length cd “The Mortal Flesh Of Love” was released, through Metal Mad Music.

2012 found the band alive and kicking, trying to book as many shows as possible with pre-production for a second album having just started, but suddenly, on December 2012 Michael Smeros left the band. Immediately Alex “Hannibal” Balakakis (ex-SPITFIRE) took his place as the band’s new singer and started working with the rest of the band on preparing their sophomore album. On October 10, 2014, Steel Gallery Records announced contract deal with the band in releasing “Phoenix Rising” on December 15, 2014.

The period from 2015 to 2020, was marked by several successes like being chosen as main support on mighty ACCEPT Athenian gig on May, 2015, and headlining “Hermoupolis Indie Rock Festival” and “Athens Wreck Festival” in 2016, efforts to find the right person to handle the vocals after Alex departure and a decision to have Tasos Lazaris as a second guitarist on their arsenal.

Overcoming all drawbacks, FORTRESS UNDER SIEGE, entered Devasoundz Studios, Athens Greece, with producer Fotis Benardo, and although the tough decision to replace the singer Mike Livas almost at the end of the recordings and record all vocals right from the beginning had to be taken, the band manage to deliver the heaviest album of its history. In this album entitled “Atlantis”, Tasos Lazaris shifted from guitars to vocals while Themis Gourlis will be the band’s new rhythm guitarist. “Atlantis” will be released by ROAR Rock Of Angels Records, on October 9, 2020.