FURYON headliner day two of Les-Fest and Cack Blabbath's take on affairs. Rather good I say :)

Furyon have played pretty much all of the major UK festivals, so I suppose it was fitting that they added Scotland’s only rock and metal 3-day festival to that roll of honour. 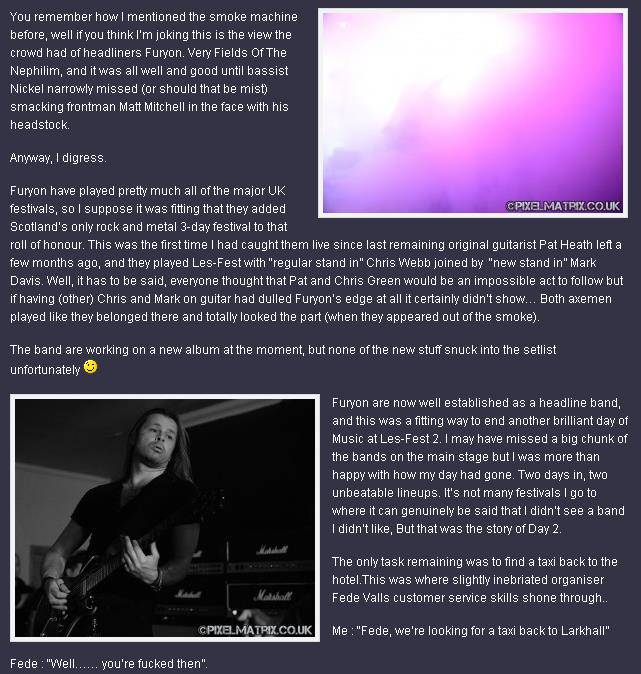 Furyon are now well established as a headline band, and this was a fitting way to end another brilliant day of Music at Les-Fest 2. The band are working on a new album at the moment, but none of the new stuff snuck into the setlist unfortunately.