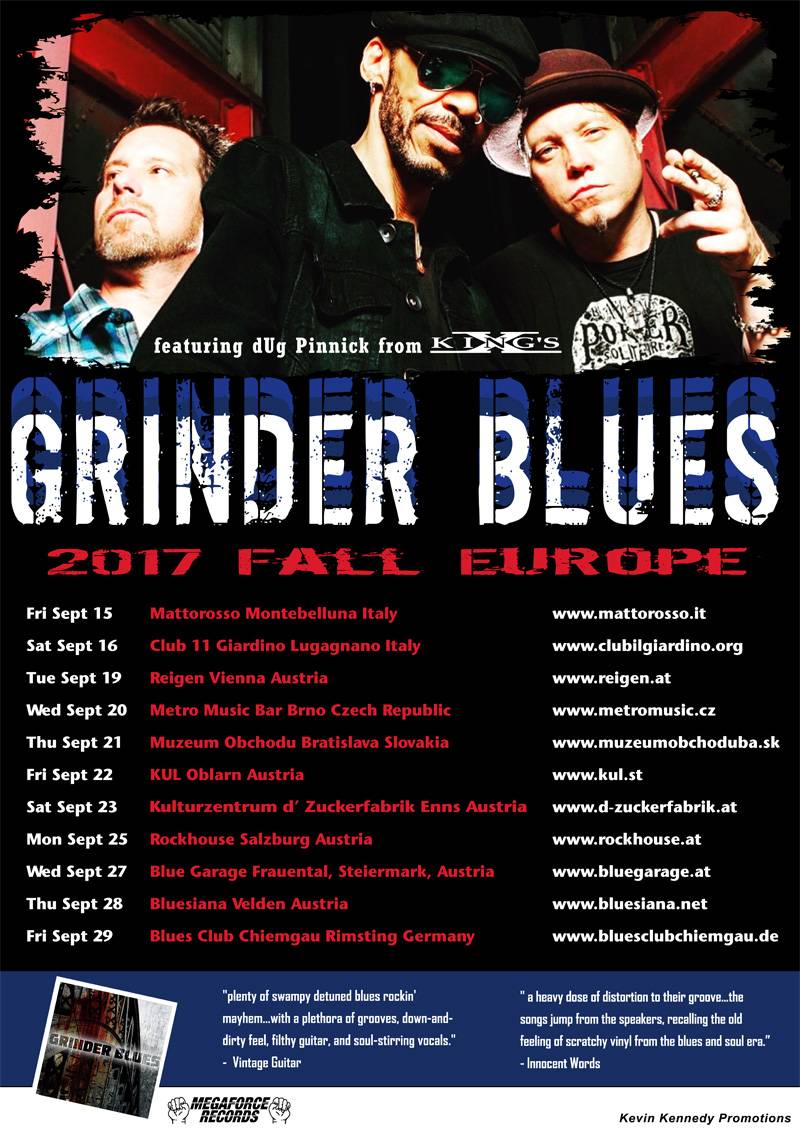 dUg Pinnick is a revelation on vocals digging deep into his number one soul brotha vibe. And his signature bony bass tone is as hard core as ever. Scot “Little” Bihlman on drums and vox brings a heavy groove, pushing air through musical genres like a steamboat rolling down the Mississippi. Jabo Bihlman on guitars and vox stirs it all up with a heavy tone and surprisingly subtle nuances of traditional blues, combined with searing, down and dirty lead work.

As frontman for King’s X, dUg Pinnick’s bony bass and soulful vocals powers the band that was ranked No. 83 on VH1‘s 100 Greatest Artists of Hard Rock. The brother team of Jeff ‘Jabo’ and Scot ‘Little’ Bihlman grew up in the shadow of the Sears Tower. They cut their teeth in Chicago’s great blues venues and eventually joined Chicago legend Son Seal’s band, recording on the Handy Award winning ‘Lettin’ Go’ record and touring with Son in Europe and the US. The Bihlman Bros. have worked with ZZ Top, BB King, Buddy Guy, Kid Rock and many other blues and rock luminaries. Their songwriting and scoring for documentary TV films have garnered many awards, including the EMMY.