Combat Records is thrilled to announce the signing of Bay Area Metal staples HATCHET, who will release their new LP DYING TO EXIST on June 22, 2018 via COMBAT RECORDS/EMP LABEL GROUP. 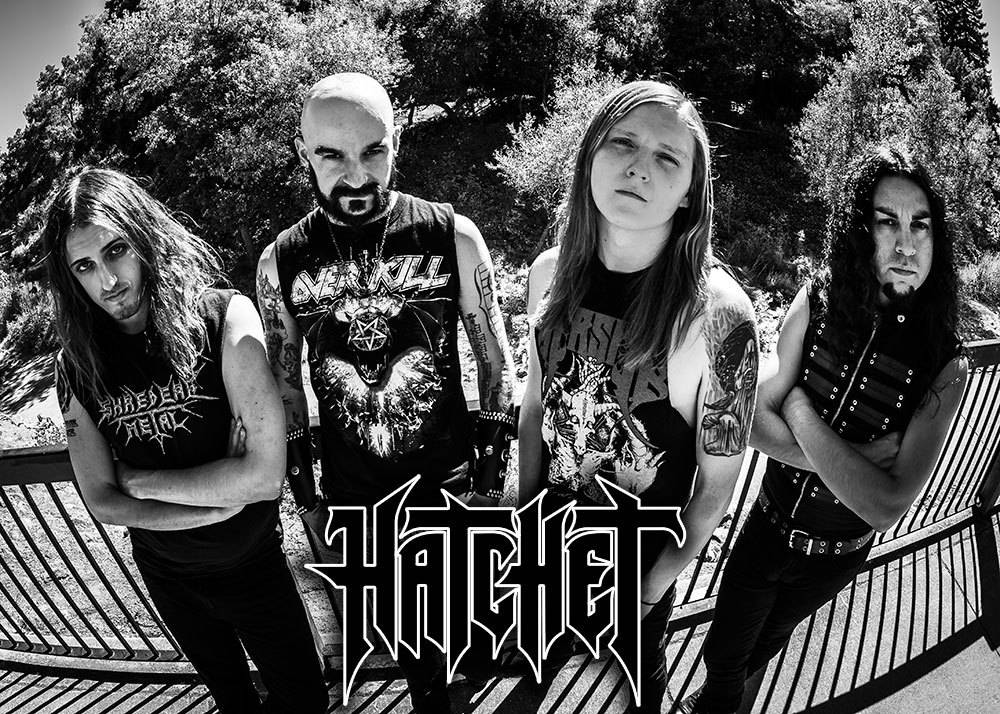 Fueled by the twin guitar attack of vocalist Julz Ramos and Clayton Cagle, bassist Devin Reiche, and drummer Ben Smith, Hatchet have built a name and reputation for themselves carrying the torch of classic Bay Area Metal, through three prior full-length releases of high-energy, intense Thrash, (including their 2008 METAL BLADE debut AWAITING EVIL, 2013’s DAWN OF THE END, and their latest THE END RECORDS’ offering, 2015’s FEAR BEYOND LUNACY) and countless tours supporting names like Metal Church, Flotsam and Jetsam, Soilwork, Warbringer, Act of Defiance, Exmortus, Doyle, DRI and more. The follow-up to 2015’s FEAR BEYOND LUNACY, DYING TO EXIST promises to be the band’s heaviest and most focused release to date.

Says vocalist/guitarist Julz Ramos, “The album itself is the fastest and most creative material to date, with all 4 members contributing our writing efforts throughout the record. This is the most we’ve sounded like a band collectively, and it’s definitely for the better!”

He adds, “We couldn’t be happier to have found a home on COMBAT! The label is obviously a huge staple in Thrash and extreme Metal, with some of the most infamous bands in close connection to or directly under Combat at some point. Its true history and significance is beyond my years and first-hand understanding, however from what I do know and have seen assures me this is a good home for our new album!”

Says Megadeth bassist, and Combat head David Ellefson, “Hatchet is a great, young band who definitely fit the bill for Combat. Aggressive modern Thrash Metal, with an old-school intensity. I’ve been a fan of these guys for a while now, and we’re extremely proud to add them to the COMBAT roster.”

COMBAT was relaunched in 2017 by Ellefson, and partner Thom Hazaert, with all releases manufactured and distributed by Ellefson’s EMP LABEL GROUP, via AMPED in North America, and SPV in Europe.