Heavy Pettin‘ first stirred into action when vocalist Hamie, guitarists Gordon Bonnar and Punky Mendoza, drummer Gary Moat and bassist Brian Waugh first burst out of Glasgow in 1981. They were vibrant, priapic, anthemic and focused. As they showed on a three-track demo, and on the subsequent debut single for independent label Neat (‘Roll The Dice’/’Love Xs Love’), they were more than mere Def Leppard slaves. In fact, the Pettin’ had an international sound that owed something to AC/DC, UFO, Thin Lizzy and Foreigner, but also had its own raging momentum.

Not that the band found the road straightforward. But, thanks to a work ethic that took them around the country, plus a valuable session for Radio 1’s prestigious ‘Friday Rock Show’, the band eventually landed a crucial deal with the major label Polydor Records. Moreover, their 1983 debut album (‘Lettin’ Loose’) was co-produced by the creative Mack together with Queen guitarist Brian May. Now, that’s pedigree. 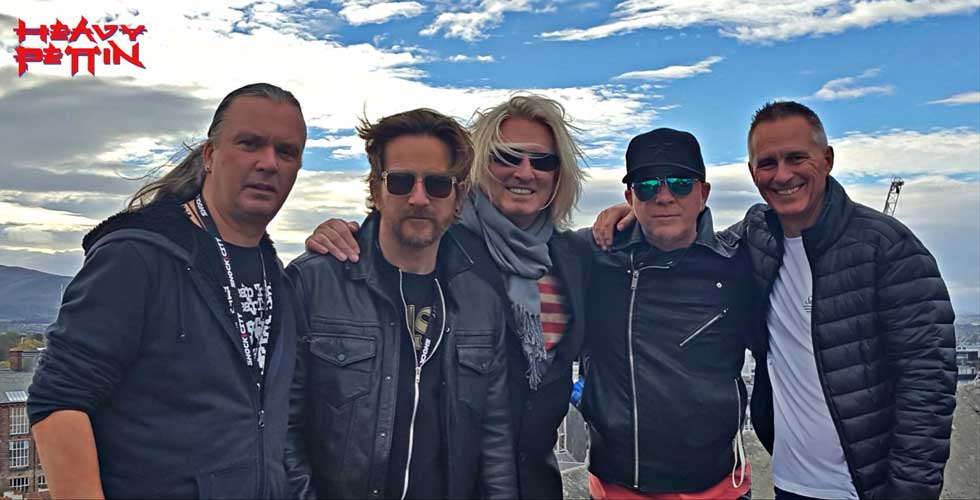 Amazingly, that album has survived more than 20 years of high-speed hi-tech developments intact. While other, more celebrated records have dated badly, ‘Lettin’ Loose’ re-affirms the belief back then that the Pettin would follow Leppard to big time stature. What went wrong at the time has little to do with band, or lack of ambition/talent.

In America, where they should have broken big long before Bon Jovi gave Love A Bad Name, they were held back by the label’s insistence on an anaemic re-mix (as well as a title change to ‘Heavy Pettin’, which caused more confusion than anything else). If the band’s essential, vital British brio had been left as conceived in the first place, who knows what might have been achieved. Still, a slot on the bill for the 1983 Reading Festival, the day that Black Sabbath infamously headlined when fronted by Ian Gillan, did them no harm and touring with both Kiss and Ozzy helped the quintet’s progress.

Two years later, the Pettin return to the studio, this time with producer Mark Dearnley (who’d worked with AC/DC and Krokus). The result? ‘Rock Ain’t Dead’, which surprised many with a slicker yet conversely tougher approach. The lads really had progressed, although ironically if things had gone to plan, this would have been produced by Lance Quinn, of Bon Jovi and Lita Ford fame. However, just hours before the band were due to fly to Philadelphia, to work with Quinn at his Warehouse Studios, the decision was taken by PolyGram (to whom both Heavy Pettin and Bon Jovi were signed in the US) that, instead, he should start work immediately on what was to be Jovi’s second record, ‘7800 Degrees Fahrenheit’.

Perhaps then, it should have been obvious that record company politics were to scupper Pettin in the crucial American market. Despite continuing to show up well in the UK, once again the US was to prove elusive – through no fault of the five musicians. In many respects, this was the point when the writing was scrawled over every available wall space. Regardless of their obvious determination and grassroots support in Britain, it seemed as if Pettin’s realistic chance of significant international success had gone. A third album, ‘The Big Bang’, was released by FM Revolver in 1989. Although it still proved this lot were way ahead of so many others who were selling truckloads of units and getting acclaim from the media; as the 1980s faded into memory, so too did Heavy Pettin. 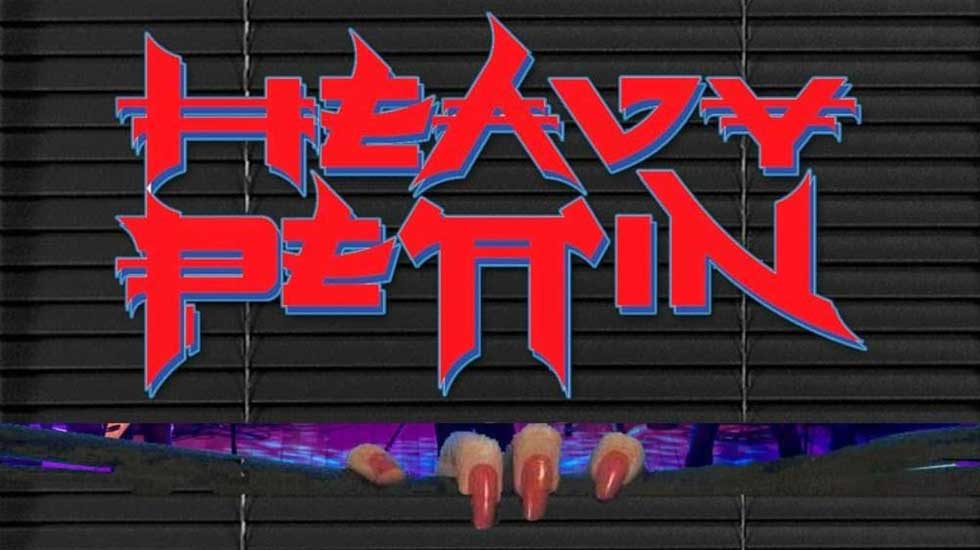 Driven by a desire, a passion and a capacity simply to invoke the magic and rapport the band enjoyed, they released Prodigal Songs in 2007. The album was well received by their loyal fans and the limited pressing sold out making it a highly sought-after collector’s item.

In 2017, original members Hamie, Punky, and Gordon joined by Jez Parry on bass and Michael Ivory on drums performed for the first time in 25 years at Scotland’s WinterStorm. Reinvigorated, Heavy Pettin, now joined by ex-Gun guitarist Dave Aitken due to Punky hanging up his guitar and going in to retirement, did several shows in 2018 including a 6 date UK tour, with 3 sold out gigs in Nottingham, London and Edinburgh, as well as 2 sold out headline gigs in Milton Keynes and Glasgow.

2019 is going to be Heavy Pettin’s year with the HRH AOR March 16, Headbangers Open Air in Germany in July 27th  and Aug 25th Golden Age of Rock Festival in Belgium already booked and more dates to be announced.

According to Hamie, fans should look for a new album as “…the demand and support for new HP material has been so overwhelming, we are excited to say we’re now working on brand new HP material which will be released in 2019… and it’s going great!”

Watch an interview with the band: