Italian rock/metal band HERETIC’S DREAM have inked a deal with Italian label AGOGE RECORDS. The band is working on the third album with producer Gianmarco Bellumori (New Disorder, Sin Of Night, Element of Chaos). The new album will be recorded, mixed and mastered in Bellumori’s Wolf Recording studio. The release expected for the end of 2014. 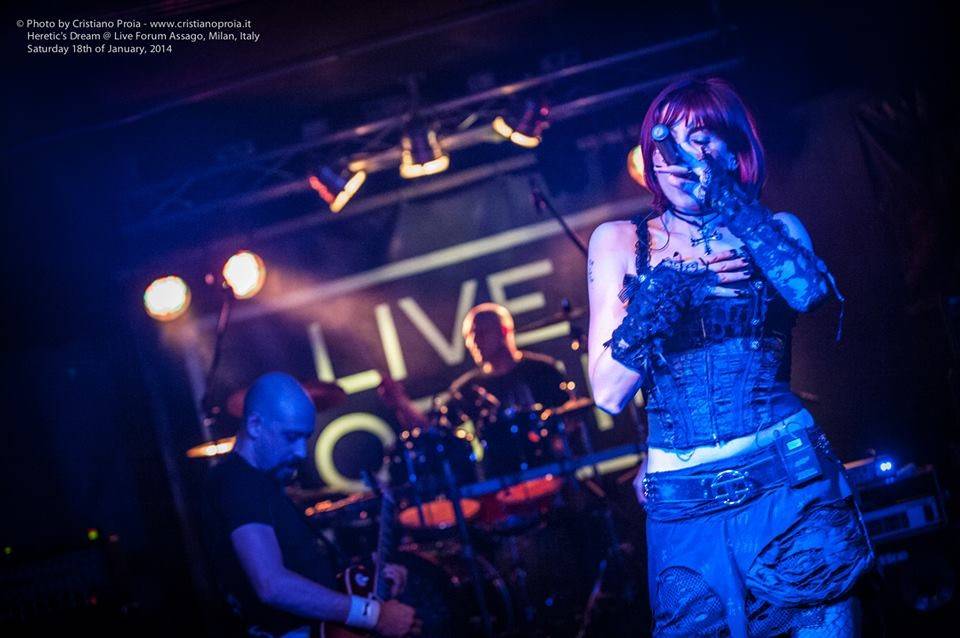 HERETIC’S DREAM was formed in 2010 by guitarist Andrej Surace and vocalist Francesca Di Ventura. The debut album, “The Unexpected Move” was released in 2012 and received good international reviews. The two official videos awarded as Best Recommended Videos on UnoTv in October 2012.

The band shared stages and toured in the past with RICHIE KOTZEN, CRUCIFIED BARBARA, GODYVA, to name a few.

HERETIC’S DREAM joined now forces with the Italian producer Gianmarco Bellumori (Agoge Records) and the band announces a change in sound, on vocals and arrangements.