The emergence of a new melodic hard rock band from the once thriving scene in the United Kingdom these days represents almost a major achievement considering the massive decline in the quantity of bands now plying their trade in the tried and trusted genre of melodic hard rock. The words “tried and trusted” by no means suggest that IN FAITH are simply a run of the mill, by the numbers type of band. Far from it; IN FAITH are taking the traditional parameters of hard rock and AOR and blending them together into a majestic accumulation of screaming guitars, soaring choruses and sumptuous melodies capable of raising every fist for miles or extracting tears from stone.

IN FAITH consists of Tony Marshall (ex Contagious, Pride, Vaughn), Pete Newdeck (ex Eden’s Curse, Tainted Nation) and the previously unheard of vocalist extraordinaire, Pete Godfrey, having performed with numerous local bands as a bass player before the revelation that he indeed possessed a God-given talent as a lead singer. 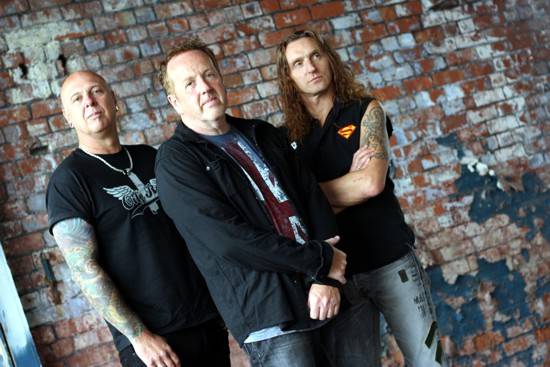 The debut album from IN FAITH, ‘There’s A Storm Coming’ represents everything that is great about British melodic hard rock: heavy, loud, in your face, soft, silky and absolutely unforgettable, all ingeniously blended into what surely is one of the best debut albums by any British melodic rock band of the past 15 years. From the glorious lead single ‘Does it Feel like Love’ right to the closing notes of ‘Bitter End’, ‘There’s a Storm Coming’ is one of the finest melodic hard rock albums you are liable to hear.

Featuring guest appearances from Brooke St James (Tyketto), Chris Green (Rubicon Cross, ex Pride, Furyon) and Pat Heath (ex Furyon), IN FAITH have delivered an album brimming with melodic gems that really demands everyone sit up and take notice and once again proudly raises the British flag to the fore of the melodic rock world.

Melodicrock.com: “The sound? Think classic Harem Scarem (the debut especially), throw in some Tyketto, H.E.A.T and some more Harem Scarem and you’ll get a good idea of what’s going on here. I’ve had a few listens to the whole album and there’s a few tracks that are definitely going to figure in the 2014 MelRock Awards. Does It Feel Like Love and If That’s What Love Means are two sure fire Monster AOR tracks and then there’s also Million Ways, Addicted and In Flames.” 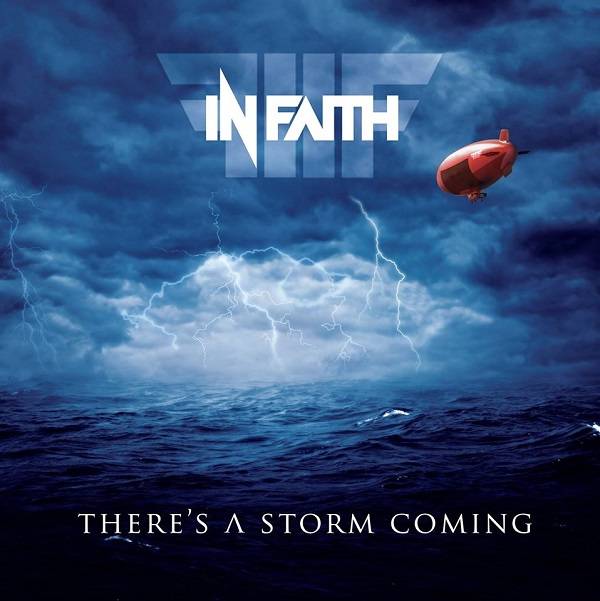