Cinderella members new group Cheap Thrill and Xander Demos to join Faithsedge frontman at Jani Lane Memorial show. The upcoming 2nd annual Jani Lane Memorial will now be taking place at the new “The Rock Factory” in Jani Lanes hometown in Akron Ohio on August 10th. Giancarlo Floridia of Faithsedge along with shred master Xander Demos will be ripping through over 20 songs going through every album release during his time in Warrant. 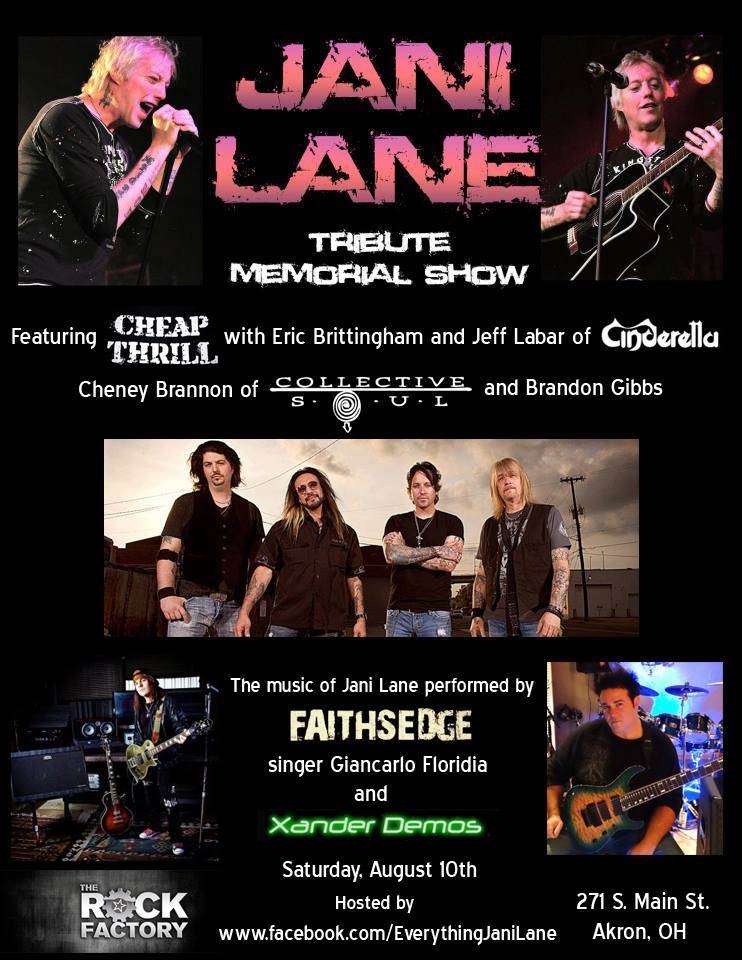 Lane was found dead at the Comfort Inn hotel in Woodland Hills, CA on August 11th, 2011. The L.A. Coroner’s Office concluded he had suffered from acute ethanol poisoning. Investigators found a half-empty bottle of vodka and prescription medication in the motel room where Lane died.