'the reduced plastic, exclusive artwork booklet and never before been on vinyl angles at least'

UK classic rockers MATT MITCHELL & THE COLDHEARTS unboxes the Sophomore Coldhearts album ‘Mission‘ unveiling the exclusive CD artwork and Vinyl. ‘Mission‘ will be out on July 29th, 2022. MATT MITCHELL is the former singer of PRIDE, FURYON and COLOUR OF NOISE. The YouTube unboxing video can be viewed below. 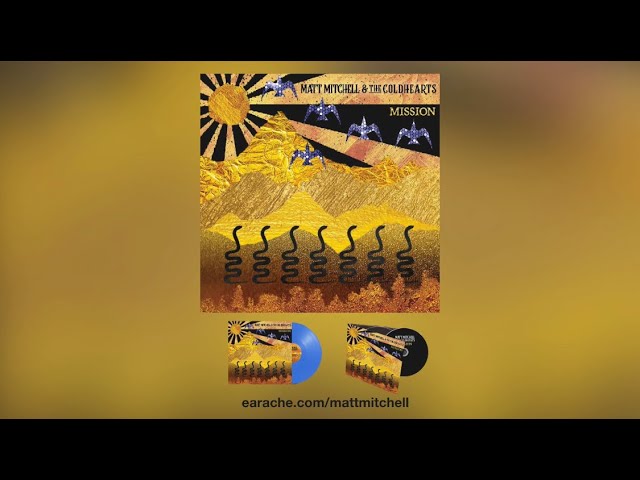 ‘the reduced plastic, exclusive artwork booklet and never before been on vinyl angles at least’

Deemed by PLANETROCK MAGAZINE as ‘The premium example of a modern classic rock singer’, MATT MITCHELL has been known as the voice of a few bands before carving out his solo journey under the moniker MATT MITCHELL & THE COLDHEARTS.

With much appraisal from magazines CLASSIC ROCK /METAL HAMMER / FIREWORKS / POWERPLAY / THISISROCK and more Mitchell has received a wide range of print and online press. BBCRadio 2 and Planetrock are amongst the radio stations that have championed Mitchell’s music.

In 2019 the debut COLDHEARTS Album was released when Mitchell and his collective ventured to the iconic ROCKFIELD STUDIOS in Wales where they recorded the debut featuring the popular single ‘Black Diamonds’. It became very clear that a sophomore album would at some point appear and whilst the World went into lockdown Mitchell wrote and recorded new music in the shape of ‘MISSION’.

Teaming up with the EARACHE RECORDS crew Mitchell will release singles leading up to the album release on July 29th 2022. Pre Order now from – http://earache.com/mattmitchell