Peter Andersson, the bassist of the Swedish Metal band MEAN STREAK talked with us about music, the next tour,  the band’s influences and more. Also remember Ozzys words: ”You will meet the same people on your way up as when you are on your way down. Music is my life and it runs in my veins.” Read on below… 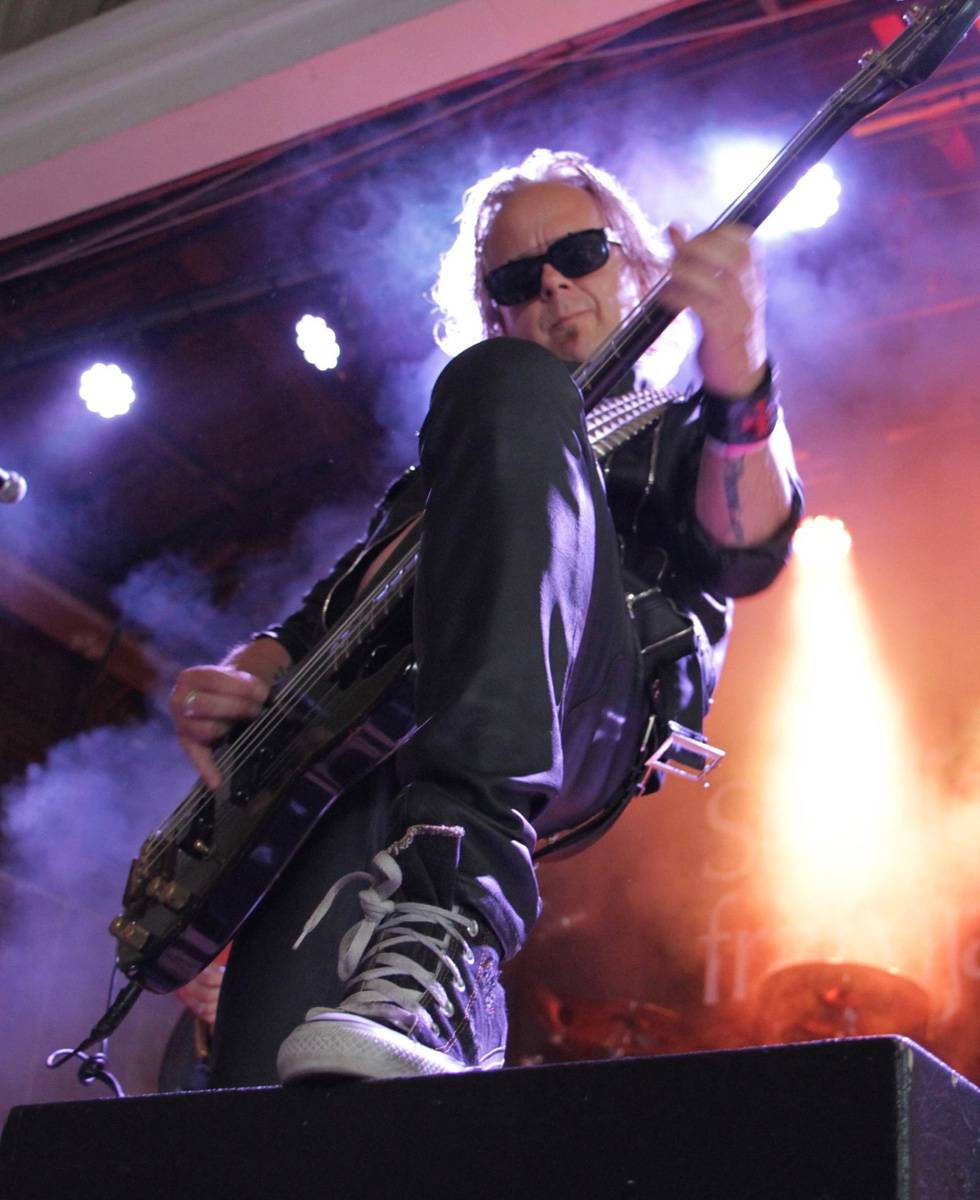 What are you working on right now?

Andersson: At the moment we are working on rehershals for an upcoming tour in Europe in April together with Lord Volture. Our guitar player Thomas ”Plec” Johansson is busy in his studio in April so we need to fill his space and the man to do it will be guitarist Julian Eriksson. So we need to get him in to the songs and give him some time with that.

What does your band name mean and where did it come from?

Andersson: The band name has a certain 80s touch to it and for some reason i´ve always liked it. I guess it stands for a bunch of nice guys that plays mean metal.

Who writes your songs? What are the main themes or topics?

Andersson: At the latest album ”Blind Faith” i actually wrote all the material.Words and music. in November 2014 i took my family with me and moved the studio to Malaga Spain. I took some time to just sit in the warm climate and just wrote songs. I must have had like a hundred ideas so i was kind of picky this time. Finally I ended up with twelve songs that i had done demo-recordings on.I brought them back to Sweden and played them to the guys and Andy did some test vocals. By this time we had started working with producer Max Norman and together with him i finished some details on couple of songs and then we went in to the studio to record all off it for real. Themes can be anything really as long as it comes from own experiences or thoughts. I like to write in pictures, not necessarily a story, more find a feeling and a vibe. Many lyrics on Blind Faith is about revenge and retaliation for some reason. I guess that would be a reflection on the current situation in the world right now.

Could you briefly describe the music-making process?

Andersson: Usually me or Andy come up with a music idea, always with the vocal harmony in focus even from the start. I then take it in to my Pro-Tools and start messing around with it. Try different tempos, half speed, full speed etc. When I find something I like I program some drums and start to arrange the song, maybe adding some parts or delete other parts. I send it to Andy to do the vocal and guitar parts and then we gather upin the studio for the final recordings. At this point we tend to change very little, if it feels good at this stage we just go ahead and press record and go for it.

How has your music evolved since you first began playing music together?

Andersson: I would say that we are more aware of the musical frames of Mean Streak today. The first album Metal Slave was done purely on love for the NWOBHM that we all grew up with and the second Declaration Of War was really from the same thought of paying a tribute to our legacy with all these bands from the 80s. On Trial By Fire we started to experiment a little bit with a more mainstream sound on the production and songs. I even wrote an acoustic ballad about my mother that passed away but the reviews weren’t really that good, some people just did not get it and even though Shine On that is actually a song about my divorce and about forgiveness is one of our most streamed songs and most watched on Youtube we felt a little bit that we had maybe drifted away from the original idea with Mean Streak. So when I wrote the songs for Blind Faith I was determent to get us back on the traditional metal track again.

What has been your biggest challenge as a band?

Andersson: Time. Everybody in the band except Thomas has kids and time is always a problem. We would like to tour much more but sometimes it´s just not possible. Therefor it´s really a good vibe going on before this tour in April, we´re really looking forward to it. 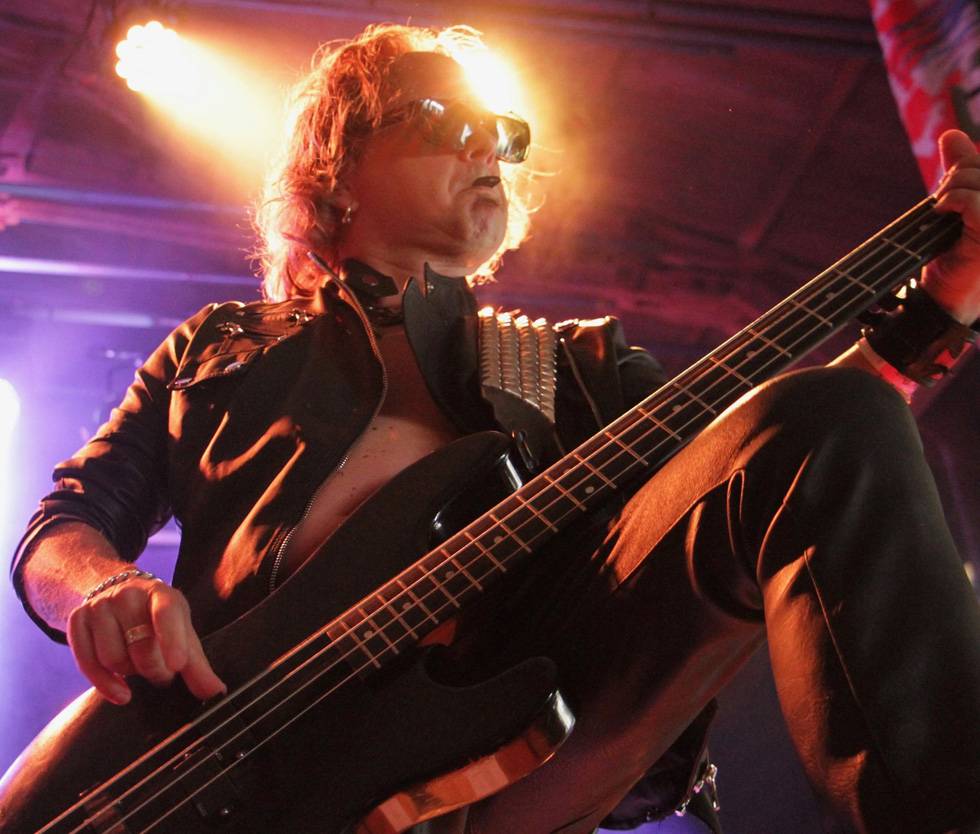 What’s your ultimate direction for your band – fame and fortune?

Andersson: After every album we´ve always been asking ourselves if the world needs another Mean Streak album. As long as we can find enough reasons to answer yes to that question I guess we will carry on. Mostly for the love of making and playing music and get to hang out together with good friends. So many fantastic things has happened in this band, we´ve toured Japan, Europe. Got to play all the major festivals in Sweden, find a partner in crime with Max Norman, have great management and a super record label in ROAR. Why stop now ?

Who are your biggest influences?

Andersson: I would have to say British heavy metal from the eighties mixed wit the german bands from the same era Iron Maiden, Judas Priest back in their heydays was brilliant music and craftsmanship. For me personally I would say Philip Lynott in Thin Lizzy. The songs and and the lyric that that man created is probably the best music ever made if you ask me.

Andersson: We don´t know ! We are often compared to other bands in articles and reviews, Saxon is mentioned, Accept and Priest as well. Hopefully we are a fine mix between all of them. I think Andys voice is standing out, he has really personal touch and i thing he has developed throughout our albums. On Blind Faith he also show what superior solo guitarist he is, for the first time.

What advice do you have for people who want to form their own bands?

Andersson: The music business was a completely different ballgame when I first started playing many years ago but I would believe that the old ”do your own thing and don´t ever give a fuck about other peoples opinion about it” would still be relevant. You have to believe in what you are doing and never give up. In this day and age I think that it´s also important to have a realistic goal. We don´t see any new super groups coming now of days, most band will have to settle for a good solid fan base that will support and buy your albums and hopefully come to your shows. Be very respectful to them, they are the reason you can do this. Also remember Ozzys words: ” You will meet the same people on your way up as when you are on your way down”

How do you feel about the internet in the music business?

Andersson: I have no problem with the internet as a billboard for music, however i do believe the 80 % of the ”albums” that are ”released” today on the web should have remained demos. The lack of quality control is a problem because the amount of music on the internet is really crazy. This means that making any money out of your music today is probably harder than ever. In the light of this it has to be said that this is not to blame on the internet, kids today simply listen to music in other ways that I was doing. I use to hang out on the local record store listing to and buying albums with a few bands that I liked. Today people can choose from a billion bands on youtube and not even remember them when the song has finished. But maybe I´m just a grumpy old man speaking… :)

Andersson: Music is my life and it runs in my veins. There is really only one feeling that can be compared to hugging my kids and that is to listen to a track the first time when it´s mixed and just remembering how that track started as a idea in the back of the mind some time ago. It´s a great feeling to create something from nothing. 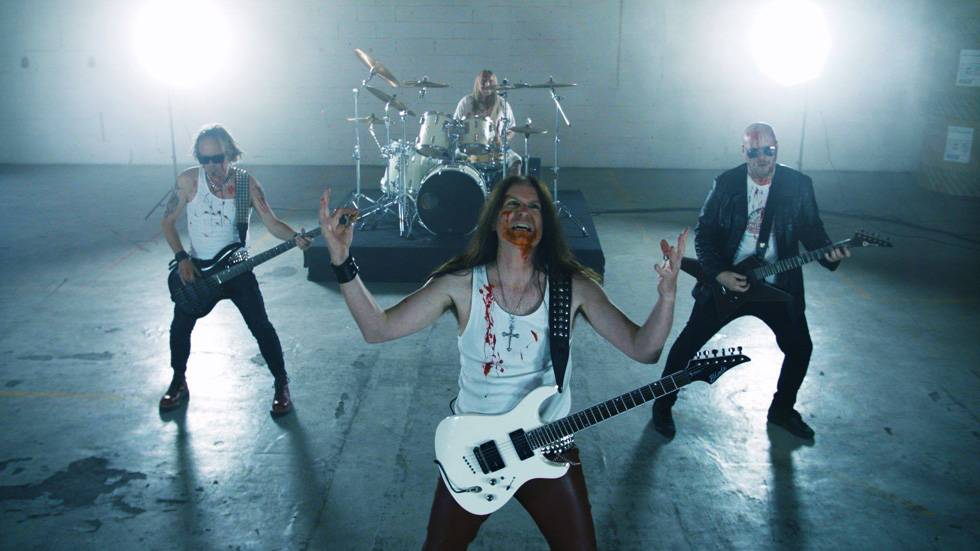