Swedish Melodic Rockers Miss Behaviour are working on their fourth yet-untitled album, for a tentative late fall release. The band is now in the studio with producer/songwriter Patrik Magnusson, who previously worked with, Crashdiet, Mick Mars (Mötley Crüe) and Ace Wilder among others. 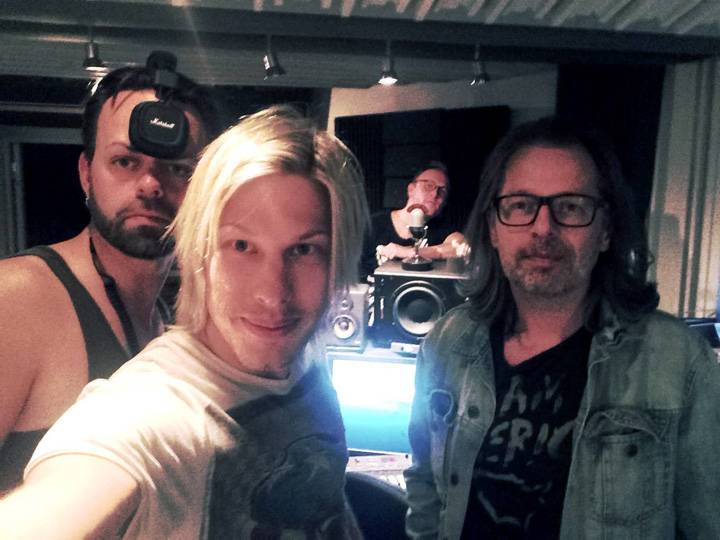 The story of Miss Behaviour goes back to 2003 when keyboard player Henrik Sproge and guitarist Erik Heikne met. Both had a great passion for 80’s melodic hard rock and AoR, they decided to start the band to express their vision of how a modern rock band, inspired by the great bands of the eighties should sound.

After the release of the debut album Heart of Midwinter in 2006 they recruited a new lead singer Sebastian Roos, an established singer in Sweden. “Sebastian added a new dimension to the band, he’s extremely skilled and talented with great ambition and a will to leave a mark”, says Erik.

The breakthrough came with the album Last Woman Standing (2011). In spring 2011 Miss Behaviour competed in Swedish national radio with the song Till we meet again, making the première live performance with the current lineup in front of 400.000 radio listeners. Late 2011 the album Last Woman Standing won the Melodic.net ”Best AOR album of 2011” readers poll, and got fantastic reviews from magazines such as Classic Rock (UK), Sweden Rock Magazine (SE) and more. UK Magazine Classic Rock picked Cynthia as one of the best tracks in 2011, and featured the song on the compilation Classic Rock Buzz.

Miss Behaviour toured UK twice in 2011, and the latter finished off with a sold out show at O2 Academy Islington in London. Their third album Double Agent, was released in August 2014 via AOR HAVEN. Once again the reviews are great – Classic Rock, Sweden Rock Magazine and Aftonbladet (SE) all praise – and this also earned them a slot on Stockholm Rocks Festival in November 2014.