British Heavy Metal Band MONUMENT have announced the release of their third studio album „Hellhound“ on May 25th, 2018 via ROAR Rock Of Angels Records. The album, consisting of 9 plus 3 bonus  tracks of pure British heavy metal, will also be available in a limited 500 copy Boxset version, red, yellow and orange marbled double vinyl and on black vinyl (9 tracks only). Twin guitar melodies, loud bass tones, thundering drums and soaring tenor vocals are all present in abundance. Lyrically, the album draws inspiration from a variety of sources like history, urban London life, the occult and personal relationships. 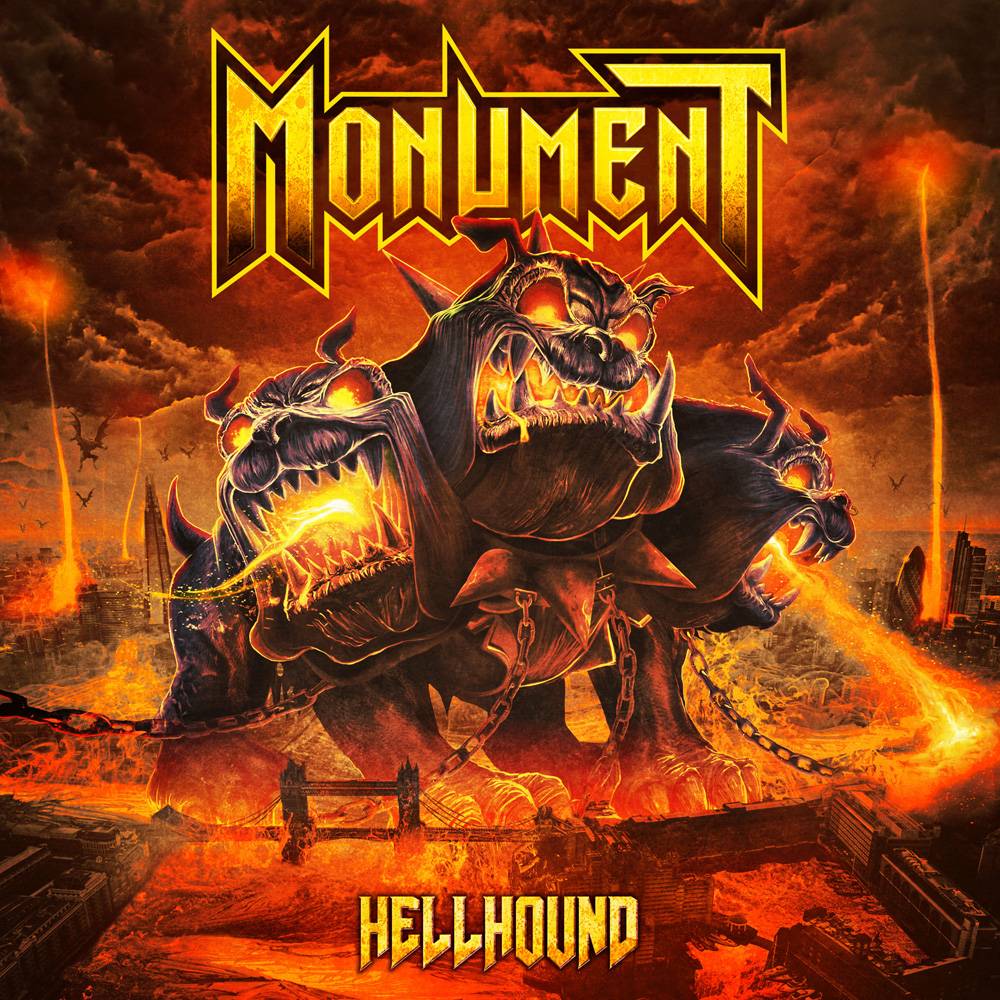 MONUMENT recently have announced the release of a new 7″ inch vinyl single for ‘William Kidd‘  including the Rainbow cover song ‘Long Live Rock ‘n’ Roll‘,in a limited edition of 500 copies worldwide, out on April 27th  2018 via ROAR Rock Of Angels Records. The new single can be pre-ordered here: https://roar.gr/product/monument-william-kidd-long-live-rock-n-roll-7-vinyl-single 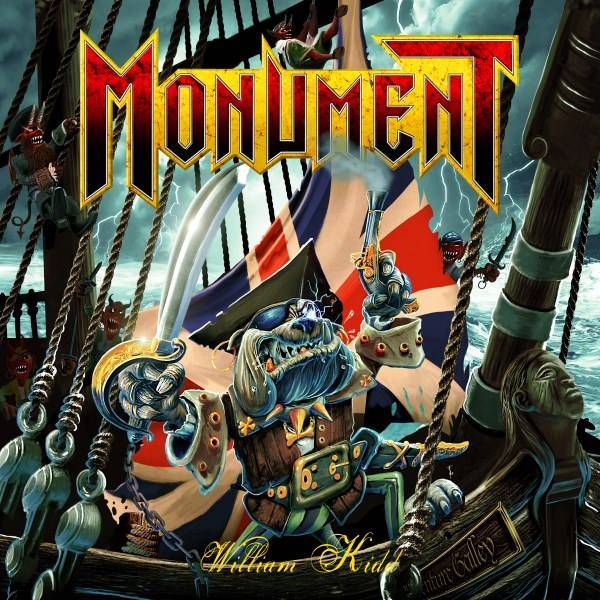 Peter Ellis – the voice of MONUMENT– comments: “Hellhound is, in my opinion, the best album we have released so far in our career. The song writing is a lot more mature on this album and the songs are very cohesive. Musically, it is the natural progression of Hair Of The Dog, with lots of twin harmonies, loud lead bass tones etc. Lyrically, I drew inspiration from different sources and situations, like I usually tent to do, so it is a mixture of historical themes, urban London culture as well as some more lighthearted stuff which I do enjoy writing as well. Another big step up was the inclusion of Tony Newton to the team as our producer, which played a very big part in finally being able to capture the real sound of the band on tape and it is something we have always wanted to do. Monument is a “live” band and Tony was able to capture that in a really cool way.”

Tony Newton’s inclusion as the band’s producer has captured the band’s real sound for the first time and that sound is unmistakably British. To drop a few more names, the album was engineered by the band’s very own guitarist Dan Baune. Produced and mixed by Tony Newton (Iron Maiden – Producer of “The Book Of Souls: Live Chapter”) at Barnyard Studio, Essex, UK and mastered by Ade Emsley at Table of Tone Mastering. 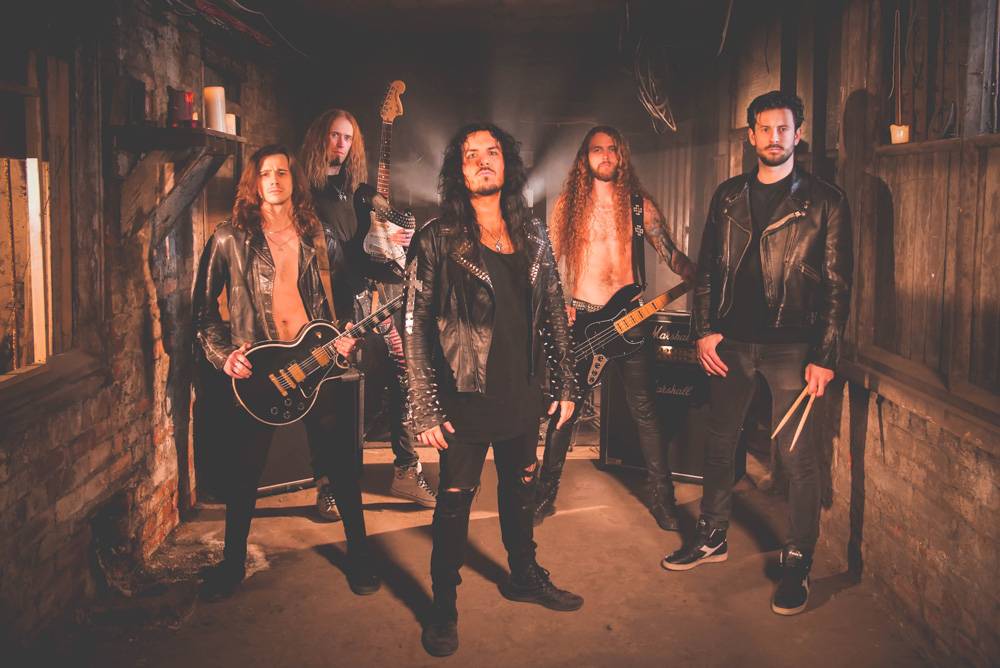 All MONUMENT ‘Hellhound‘ packages can be pre-ordered here: https://roar.gr/?post_type=product&s=monument+-+hellhound

Formed in the streets of East London by vocalist Peter Ellis, MONUMENT is bringing back a sound that has been missing from the UK for nearly 30 years… True British Heavy Metal!

With thunderous, melodic bass tones, dual guitar harmonies, rock-solid drum beats and signature falsetto wails, the band is determined to make a difference in today’s Metal scene and is celebrating a sound that is rooted in melody and good songwriting that will inspire a new generation of Metal fans.

True Metal is back in the Empire and MONUMENT will undoubtedly be the band at the forefront of this new wave.