Canadian classic hard rockers MOXY signs with Escape Music to release the 40th Anniversary CD+DVD in Europe/UK. A release is scheduled for March 2015.
The MOXY 40th Anniversary package will include: Live DVD/CD from the Sound Academy in Toronto as well as a Re-Record of the best of from the first 3 albums: MOXY I, MOXY II and Riding High.

This is what founding member Earl Johnson had to say:

‘It has been a long career for MOXY and what better way to celebrate the music for our 40th anniversary then with this unique package which will be made available through Escape Music in 2015. It gives me great pleasure to see these classic songs come to life with some fresh blood and a brand new recording. We didn’t just re-master the songs like a lot of people are doing today but instead we stripped them down, built them back up and re-recorded them to be more contemporary sonically with the recordings of today.’ 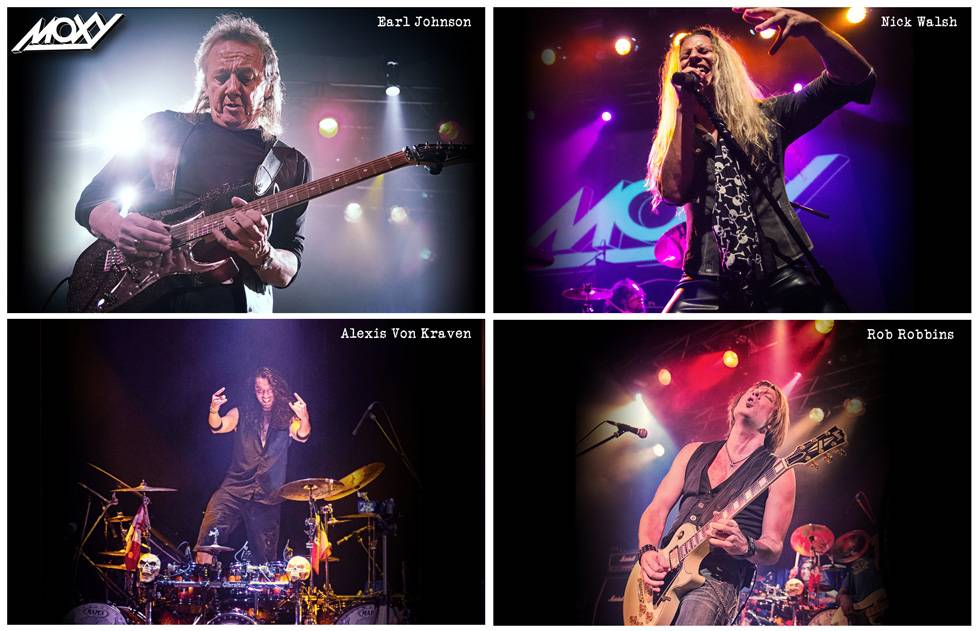 When MOXY first exploded onto the scene in 1974 with their hit song ‘Can’t You See I’m a Star’ They were destined to become part of the alumni of heavy hitting Canadians making a mark in the U.S.A. MOXY renegotiated a new contract with Polydor of Canada for distribution in affiliation with Mercury Records who reissued the self-titled debut album in North America and worldwide in 1976.

Just a year after the first album for Canadian fans, it was just three short months later that the reissued copy of the first MOXY album was released in the U.S., MOXY II received international press coverage for the band. Most reviews predicted success for the band and comparisons were made to Aerosmith, Rush and Deep Purple.MOXY II was also highly acclaimed on its release by Geoff Barton of the UK music publication Sounds Magazine, who made the album available to its readers for the special price of only £1.50. Geoff Barton would later refer to MOXY as the Canadian Led Zeppelin.

MOXY saw success touring the U.S. with the likes of such artists as Boston, Styx, AC/DC, Black Sabbath and Rainbow just to name a few.