NOW OR NEVER Talks To Rock’N’Growl

As if from out of nowhere, a new band emerges. Consisting of veteran musicians that have been tasting Metal and Rock for a considerable period of time, you might even call it a supergroup, NOW OR NEVER stepped up to the plate, crossing the boundaries of the traditional Hard N’ Heavy and into a newfound future. 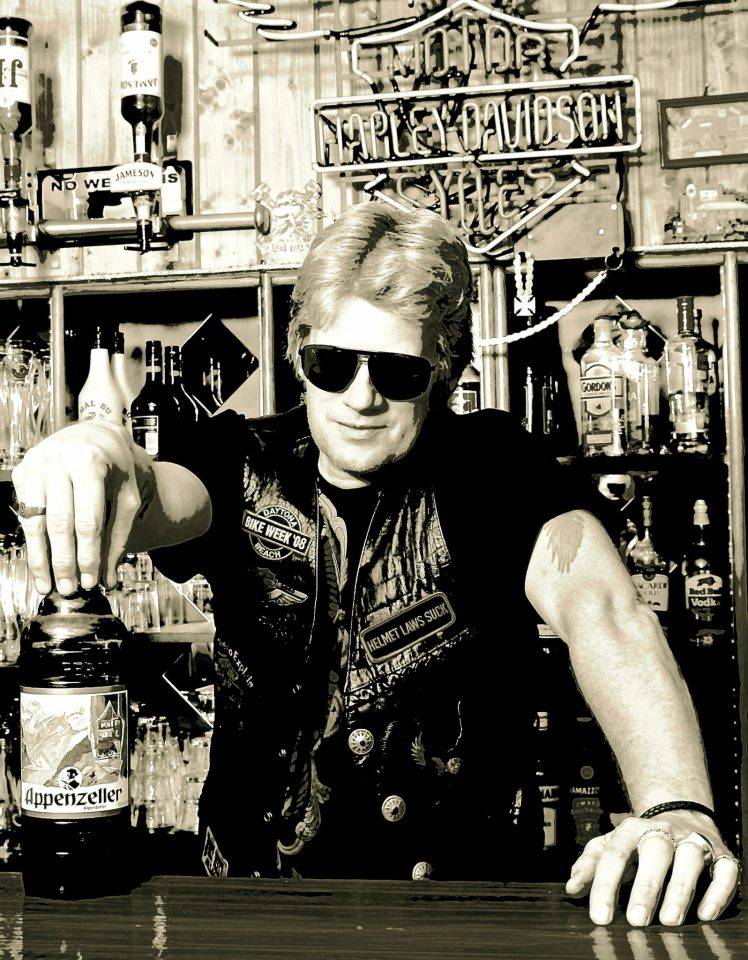 Steinmetal talked with Ricky Marx (ex-PRETTY MAIDS), and NOW OR NEVER’s founder, about his professional history with his early band, the new band formed, new album and more…

Hello there Ricky, how have you been doing? I wish to thank you for sparing the time to answer this interview for Rock’N’Growl.

Something that I feel the need of asking. Why it was said and done with PRETTY MAIDS back in the 90’s?

[blockquote]Lot’s of small things but put together it wasn’t possible anymore…. I’ve always been in good terms with the guys, we even did a small tour for the 25th anniversary and some gigs together but I think that between management, label and egos, I had to see something else ;-) and I was not the only one to leave the band at that period.[/blockquote]

Right before reaching into your new band, out of curiosity, since departing from PRETTY MAIDS after the “Jump The Gun“/”Lethal Heroes” album, were you involved with other bands or other musical projects that kept you busy?

[blockquote]Well I did produce quite a lot of records, wrote songs and played on several albums as guest, but I took time for my family and studied!!![/blockquote]

With once being a part of PRETTY MAIDS, even if not for such a long time as your new band’s peer, Kenn Jackson, probably left quite a mark on your musical perception in general, would you agree?

[blockquote]I played 3 years with PM and did some festival and small tour with kenn and I always like the person, the music pro and we have the same kind of humor so yes, PM left quite a mark.[/blockquote]

Now there is your new band NOW OR NEVER, an interesting collaboration of four musicians, might even call it a sort of a supergroup of veteran players. How did this foundation come to pass? What were the origins of your decision to form this group?

[blockquote]Well, I’ve never stopted writing songs and when I came back to Geneva, I partnered up with my old friend Ranzo, who I played with before PM and it started as a project but quite fast, It had to be a band… so I called up Jo Amore (who I played with long time ago) and Kenn and they were really exited about the songs and the idea. I mean, we are all professionals and it was such a great pleasure to record together in an amazing atmosphere.[/blockquote]

Other than Kenn Jackson on bass, which I suppose you have already known, why particularly picking Jo Amore (vocals) and Ranzo (drums)?

[blockquote]Well, Ranzo because I’ve known him since we were kids and he’s a really good drummer and a good man and Jo, because also he’s a good friend and I love his voice and personality.[/blockquote]

Your debut release, “Now Or Never”, which I had the honors to explore, provided a joint view on both the 80’s Hard N’ Heavy along with various modern attributes, mostly provided by your unofficial keyboards’ man Pat Liotard. How do you find this blending of eras?

[blockquote]When I was thinking of getting a producer, Jo told me about Pat (he produced a Nightmare album), his musicality, his patience and his amazing skills of producer. When I met him, I knew that it would be a great match for our kind of music. I wanted to have somebody from outside; not only metal and that could bring some freshness. We really worked well together and I gave him “carte blanche” on the arrangements….[/blockquote]

Do you believe that this album in general is a sort of a crossroads, where NOW OR NEVER could turn to a different direction at will, or is it more solid that I think it is?

[blockquote]This album is a mix of new songs and some older ones I wrote some years ago. The last one I wrote was “brothers”, I think we will head into a more powerful, punchy, metallic style but still keeping our roots.[/blockquote]

Do you think that the sound effects and sampling, in overall, should take part in 80’s driven Heavy Metal?

[blockquote]I think it adds some freshness and you can explore new areas.[/blockquote]

Personally, though I am quite of the heavy riffing fan on a regular basis, I found the two ballads, “An Angel By My Side” and “Something’s Missing” to be two of the album’s staggering points. By far these two have been one of the most emotive occasions I have crossed in a while, especially due to Amore’s immense poignant performance that is barely noticeable with his routines on NIGHTMARE. How do you find these two songs? Where they just 80’s oriented AOR balladries or something deeper?

[blockquote]Well, firstly Jo never recorded a ballad before, so it was a first timer for him and he did a great job. I wrote an angel by my side thinking of great ballads where you had great melodies, great solo and nice arrangements. I really liked the Savage Heart in The Jump The Gun album. For something’s missing, I wrote the songs and lyrics in 10min with Jo singing beside me, it was just amazing. Finally, I wanted to have a moment of coolness and maybe romance in the album.[/blockquote]

What it is all about with the outro, “Weirdo Lullaby”? 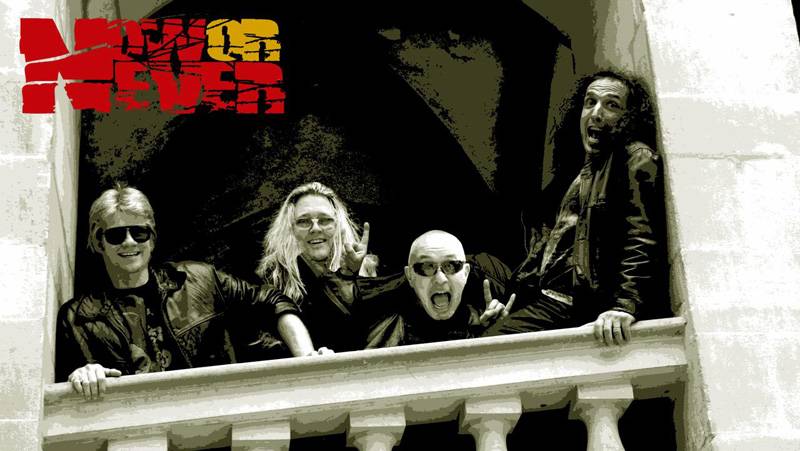 As for support for “Now Or Never”, what is planned for you guys? I assume a tour of some configuration?

[blockquote]We are working on it; we are open to tour as opening act everywhere… so be my guest ;-)[/blockquote]

Ricky, I wish to thank for this interview. Also I wish to congratulate you for the formation of NOW OR NEVER and the release of the debut album.

[blockquote]Thank you and hope to see you on the road !!!![/blockquote]