SAINTED SINNERS, have released a music video for  ‘Early Light Of Day‘, it’s the third single taken from their new album ‘Unlocked & Reloaded‘, which is out today via El Puerto Records. The YouTube video can be viewed below. 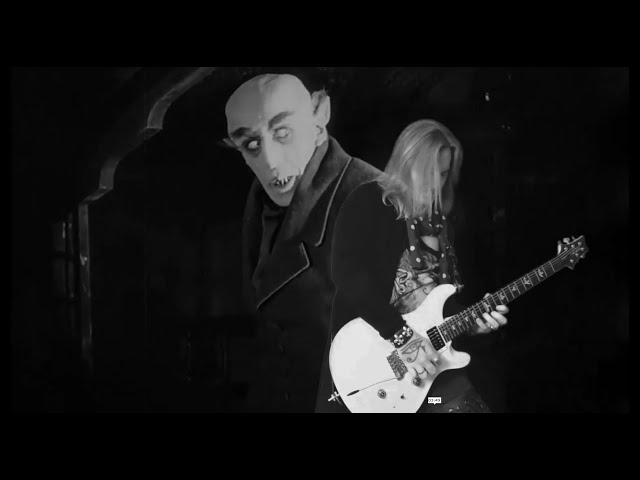 Based on Friedrich Wilhelm Murnau’s silent movie “Nosferatu – A Symphony of Horror” from 1922 (and iconic key scenes taken herefrom), this slightly adapted story is about Ellen, wo was damned as a young girl by Nosferatu, a vampire, to live in darkness at day and to feel the desire for blood at full moon. Being an adult woman now, and provided with a strong will, Ellen starts to resist Nosferatu’s ban. She is no longer willing to accept his power over her. Her overwhelming wish to see the daylight again let her set off to Nosferatu’s castle with a requesting letter for him to lift his curse. Nosferatu denies.

Ellen is desperated but not ready to surrender. She risks everything and opens the window to let the early light of day in. And she wins – the curse is gone and she gets back her normal life.

This is the story of the struggle between the good and the evil – a modern fairytale.

The album is available in a strictly limited edition wooden box of 333 numbered boxes, with a few surprises: https://shop.el-puerto-records.com/de/limited-special-edition/56/sainted-sinners-unlocked-reloaded-wood-box-limited-edition

The new album is the first with new singer Iacopo “Jack” Meille (TYGERS OF PAN TANG) on vocals.