SAVAGE MACHINE states: “The debut album will consist of 9-10 tracks of good SAVAGE MACHINE Old School Heavy Metal, of which you have already have become acquainted with “Event Horizon” and “Savior”, prequels to the album recorded last year. This is going be one hell of a ride – stay tuned metal friends.”

Comment drummer Martin Helbo: “We are very happy to have signed with Rock’N’Growl. We have worked with Axel before as he did promotion for our latest EP and singles and has been very pleased with his work. Axel seems like a guy who is really passionated about the bands he work with. Needless to say we are very excited to see what the future brings. Welcome to the family, Axel!”

Rock’N’Growl Management adds: “We are proud to welcome SAVAGE MACHINE to the Rock’N’Growl family! They did hell of a job with the EP ‘Through The Iron Forrest‘ and the singles ‘Event Horizon‘ and ‘Savior‘. We cannot wait to announce more great stuff coming from the Danish defenders of Metal ‘SAVAGE MACHINE‘.” 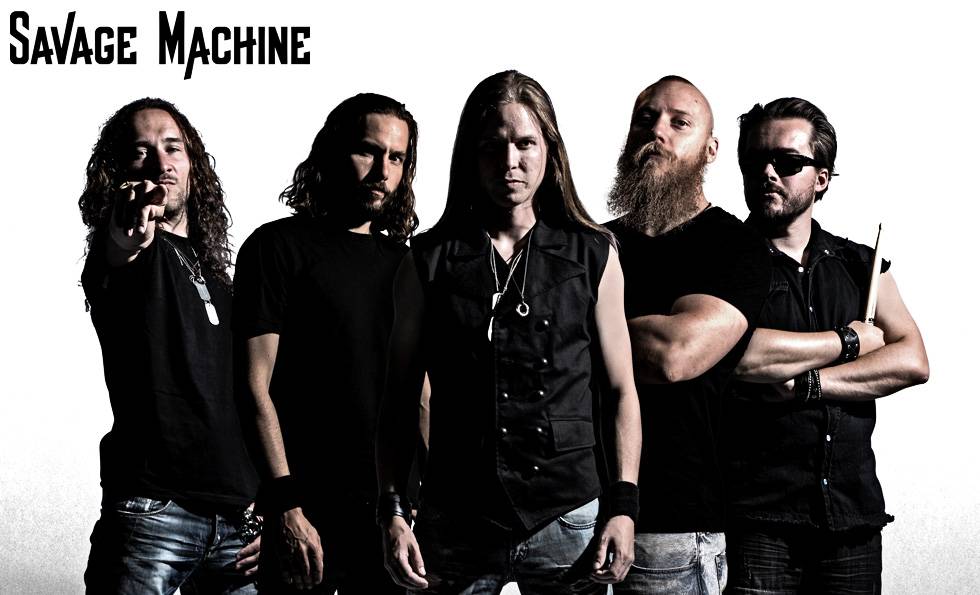 Energetic guitars, a galloping bass, thundering drums and roaring vocals are the trademarks of SAVAGE MACHINE. The flight cases are packed, and SAVAGE MACHINE are ready to bring old school heavy metal to a venue near you. Let the SAVAGE MACHINE roll! 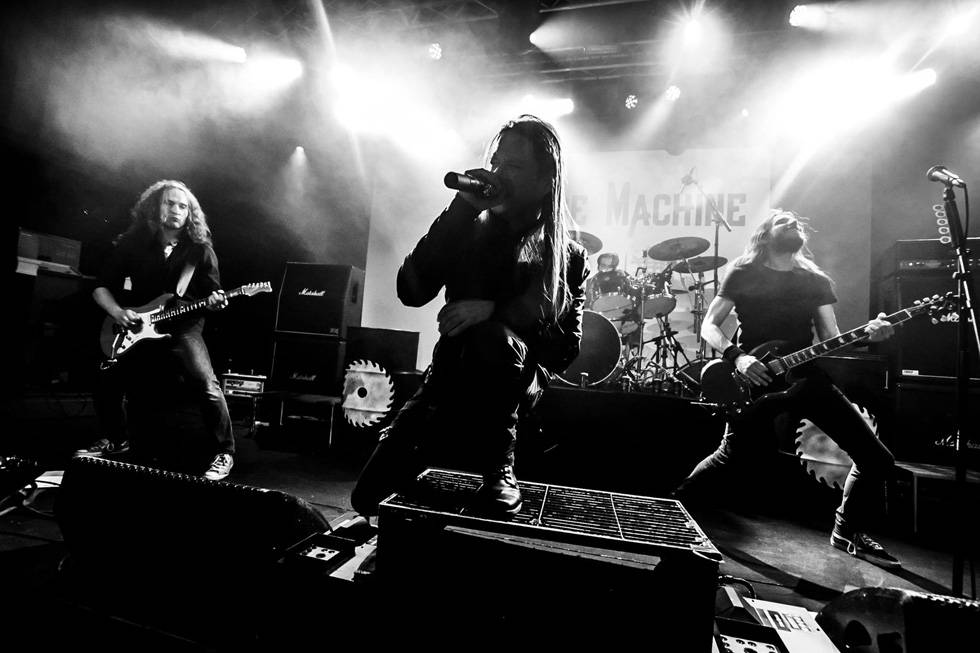 Recently SAVAGE MACHINE went into legendary producer Tommy Hansen’s Jailhouse Studios to cut two singles as forerunners for their upcoming full-length album. Tommy, known for his work with Metal pioneers and stars such as Pretty Maids, Jorn and Helloween, is a perfect match for a band that thrives on old school Heavy Metal virtues.

The two singles, which follows the critically acclaimed EP Through The Iron Forrest, was simultaneously released as a double. First off the no frills, short and aggressive Event Horizon, which is featured on the Fuck You We’re From Aarhus vinyl compilation released by Voxhall. GotFat Productions have produced the accompanying video. The longer running Savior is a faster, heavier beast of a song. Both singles delivers on the bands promise to pick up the gauntlet from the likes of Judas Priest and Iron Maiden.