SCARDUST Expands Upon New Album’s Concept In Music Video For ‘Mist‘. Following an earlier peek behind the scenes at the making of their latest record “Strangers”, Israel’s  SCARDUST provides their fans with another glimpse behind the curtain via their latest clip, “Mist”. The video and song, which tell a complementary story to their recently released clip for “Break The Ice”, can be viewed on YouTube below. 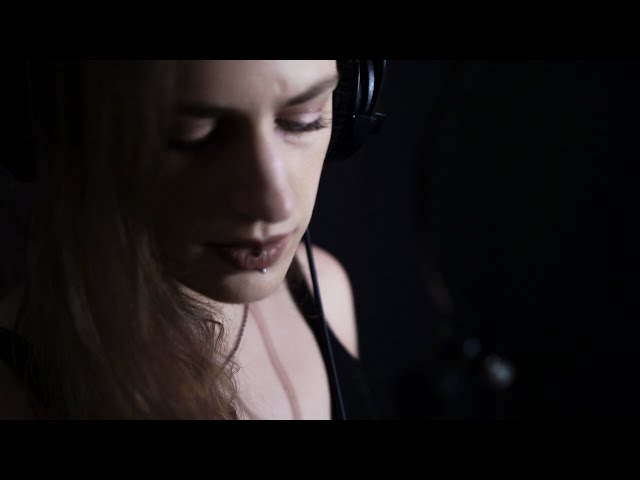 “’Mist‘ is the closing song of ‘Strangers‘ and the parallel to ‘Break The Ice’, which opens the album”, explains vocalist Noa Gruman. “Now the protagonist has been through experiences that shaped her to become more confident in a way that is less dependent on others. Every relationship we have has a potential of experiences and memories that may or may not happen if the relationship continues. Even after many years, some sides of those we know best are still unfamiliar to us, so what might happen if we go and part ways?”

In other exciting news, Gruman was recently announced as a lead vocalist on THERION‘s new record, “Leviathan” (Nuclear Blast). This is just the latest in a list of impressive recent guest vocal appearances, which also include Amorphis‘ 2018 record “Queen of Time”, Orphaned Land‘s 2018 album “Unsung Prophets and Dead Messiahs” and Ayreon’s recently released “Transitus”.

“Strangers” – which can be streamed on all major digital platforms or purchased on CD and limited-edition gray smoke vinyl at https://smarturl.com/scardust2020 – is a unique concept album built of complementary song pairs working from the outside in. Several recently released music videos, which can be seen at www.youtube.com/Scardust, further demonstrate the degree to which different tracks from the album are thematically connected.

Israel’s leading progressive metal group, SCARDUST has performed at such major festivals as Ramblin’ Man Fair (UK), Metaldays (Slovenia) and Midi (China). In addition, the band hosts the annual “Scarfest” event in their home country, where they’ve also appeared alongside the likes of Therion, Epica and Symphony X. The group’s recent “Strangers” record release livestream can be viewed for free at this location: https://youtu.be/CKMkV4MdDJc