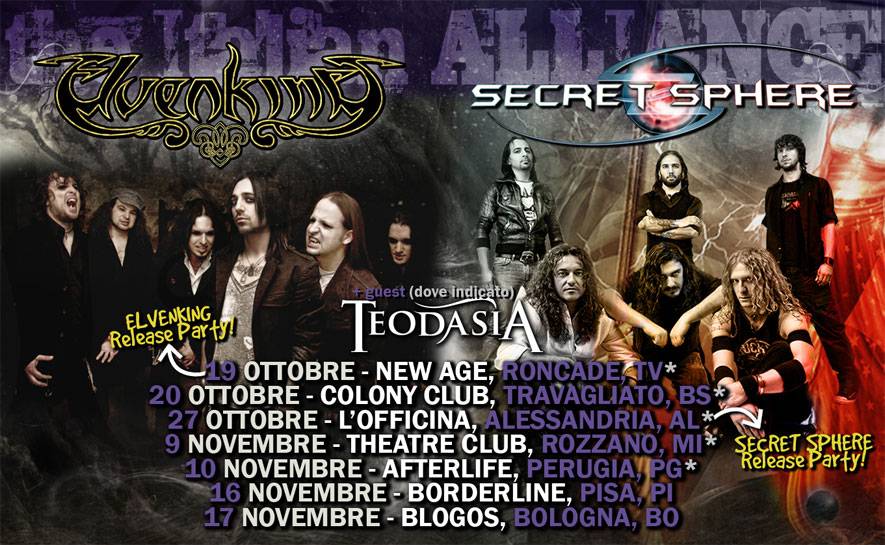 SECRET SPHERE – “A Portait Of A Dying Heart”

The band led by the talented guitar player Aldo Lonobile, add a new extraordinary chapter to their discography, the very first with the incredible voice of Michele Luppi! As always for Secret Sphere, the brand new album is a truly jewel of melodic metal music, a deep album with lots of arrangements and top class compositions. A concept album based on the lucid dreams theory.

Two years after “Red Silent Tides” Elvenking comeback with the brand new album “ERA” out on september 14th for AFM Records. ERA represents everything for which Elvenking are famous: Power, Melody, Folk, Melancholy Mid – Tempos. A new ERA has begun!