SILVER TALON Unveil Teaser For ‘As The World Burns’

US dark power metal group SILVER TALON has unveiled a teaser for “As The World Burns”, a new track from their forthcoming full-length debut album “Decadence and Decay”. A video for the song will premiere next Wednesday, March 10, but for now, you can get a sneak peek of the metallic assault to come at YouTube below.


Scheduled for release later this spring, “Decadence and Decay” – the follow-up to the band’s 2018 acclaimed debut EP, “Becoming A Demon” – builds upon the thrilling combination of heavy metal hooks and guitar-driven virtuosity displayed by the band on their earlier effort. Highlights include “Resistance 2029” – which features a guest appearance by guitarist Andy La Rocque (King Diamond, Death) – and the blistering leadoff track, “Deceiver, I Am”. The latter track is currently streaming on all digital platforms, and a small amount of limited-edition 7-inch vinyl pressings backed with an exclusive B-side cover of Savatage‘s “Power of the Night” – which that band’s co-founder, Jon Oliva, recently said “kicks ass” and praised as “the best Savatage cover I’ve heard” – are available for purchase at http://smarturl.com/silvertalon 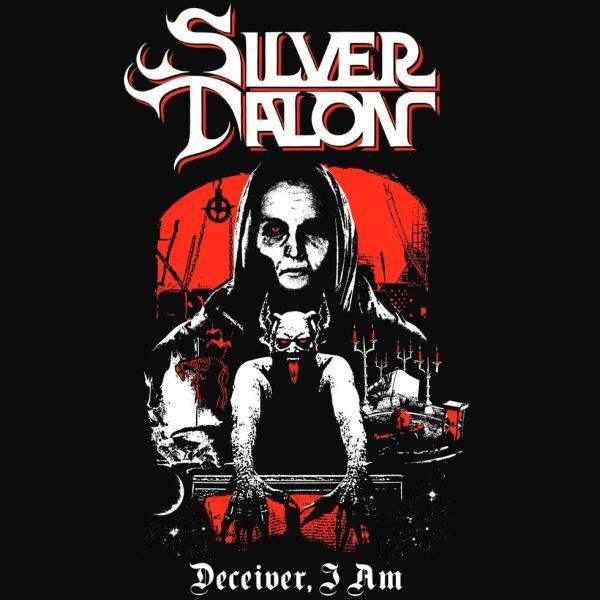 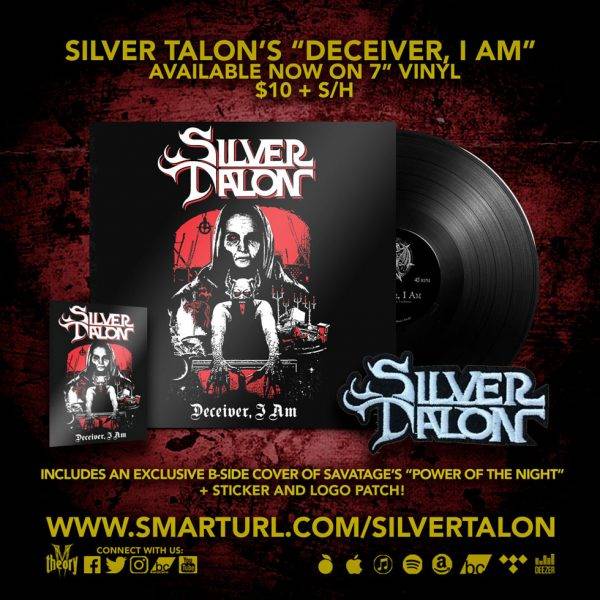 The complete track listing for “Decadence and Decay” – which features striking cover artwork from noted fantasy artist Gerald Brom (Doom, Diablo, Magic: The Gathering, World of Warcraft) – is as follows: 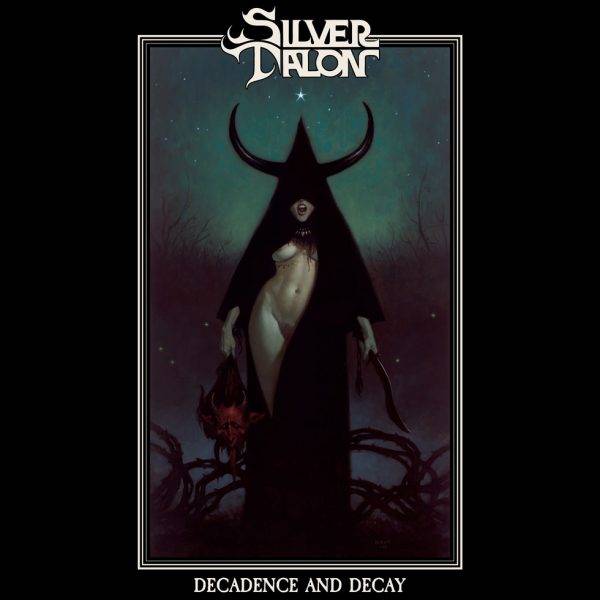 SILVER TALON subsequently built on this foundation with the release of their self-released debut EP “Becoming A Demon”. The EP saw the band return to the studio to re-record their original demos with Zach Ohren (Exmortus, Fallujah, Machine Head) alongside three new originals and a cover of Sanctuary‘s “Battle Angels” featuring that group’s former guitarist (and future Nevermore/Arch Enemy guitar hero) Jeff Loomis. The release was praised by Dead Rhetoric as “a solid salvo for those who love mid-’80s U.S.-style power/heavy metal with occasional nods to Teutonic finesse” and “metal that has plenty of heaviness while being musically sharp, sophisticated and awe- inspiring.”

The group would further their reputation as masters of triumphant heavy metal with live performances alongside acts such as Exmortus, Unleash The Archers, Striker, The Absence, Powerglove and Hatchet, as well as a nationwide tour at the end of 2019 supporting Savage Master. VanHoosen’s guitar prowess is also displayed through his YouTube channel at https://www.youtube.com/BryceVanHoosen, which is updated regularly with play-through videos, guitar covers and product reviews. 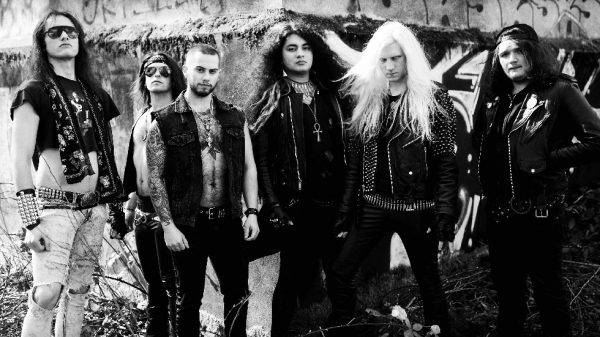