Soldiers Of Solace ‘We Are Immortal’ Album

US heavy rockers SOLDIERS OF SOLACE, will release their debut album ‘We Are Immortal‘ on January 26, 2018 via German based label Rock’N’Growl Records, a division of Rock’N’Growl Promotion. The album includes 10 tracks and was produced by SOLDIERS OF SOLACE, recorded at Dexters Lab Recording LLC by Nick Bellmore and Zeuss. All tracks were mixed and mastered by Zeuss. The official ‘We Are Immortal‘ album video teaser can be viewed below. 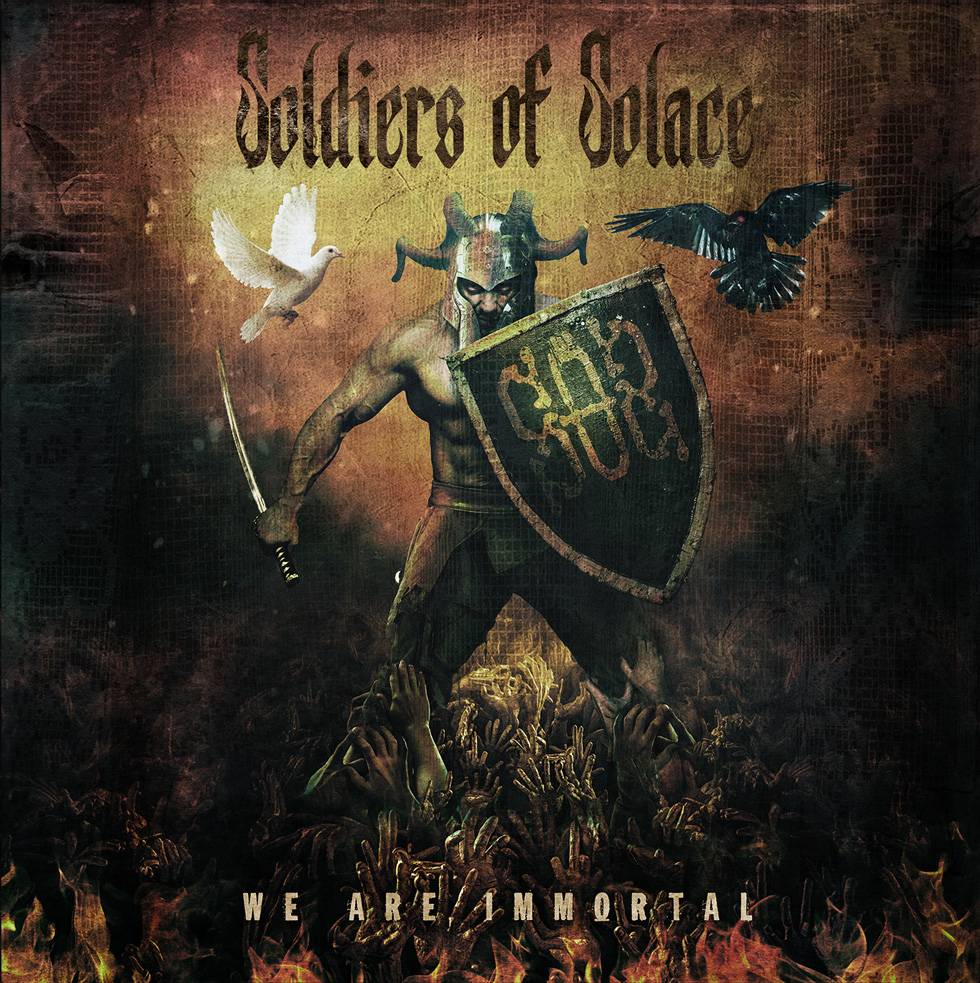 SOLDIERS OF SOLACE has shared the mainstage with national acts such as: “Nonpoint”, “Jamey Jasta” of “Hatebreed” and “Scott Stapp” of “Creed”. With poignant lyrical content, driving riffs, thundering beats, and powerful live performances, SOLDIERS OF SOLACE is making their mark on the international music scene and gaining fans and supporters worldwide.

SOLDIERS OF SOLACE was played in regular rotation, alongside legendary and iconic rock and metal bands like: “Five Finger Death Punch”, “Shinedown” and “Metallica” and gained the respect of rock and metal fans and DJ’s across the world.