US guitarist, composer, vocalist and songwriter, Tara Lynch (a.k.a. “Gui-Tara”), has announced United Kingdom & Ireland tour dates in March/April as special guest with UFO on their 50th Anniversary Last Orders Tour. Tara Lynch promises “a very exciting high energy, full of passion performance.”  With that said, the tour is predestined to be a spectacular success! 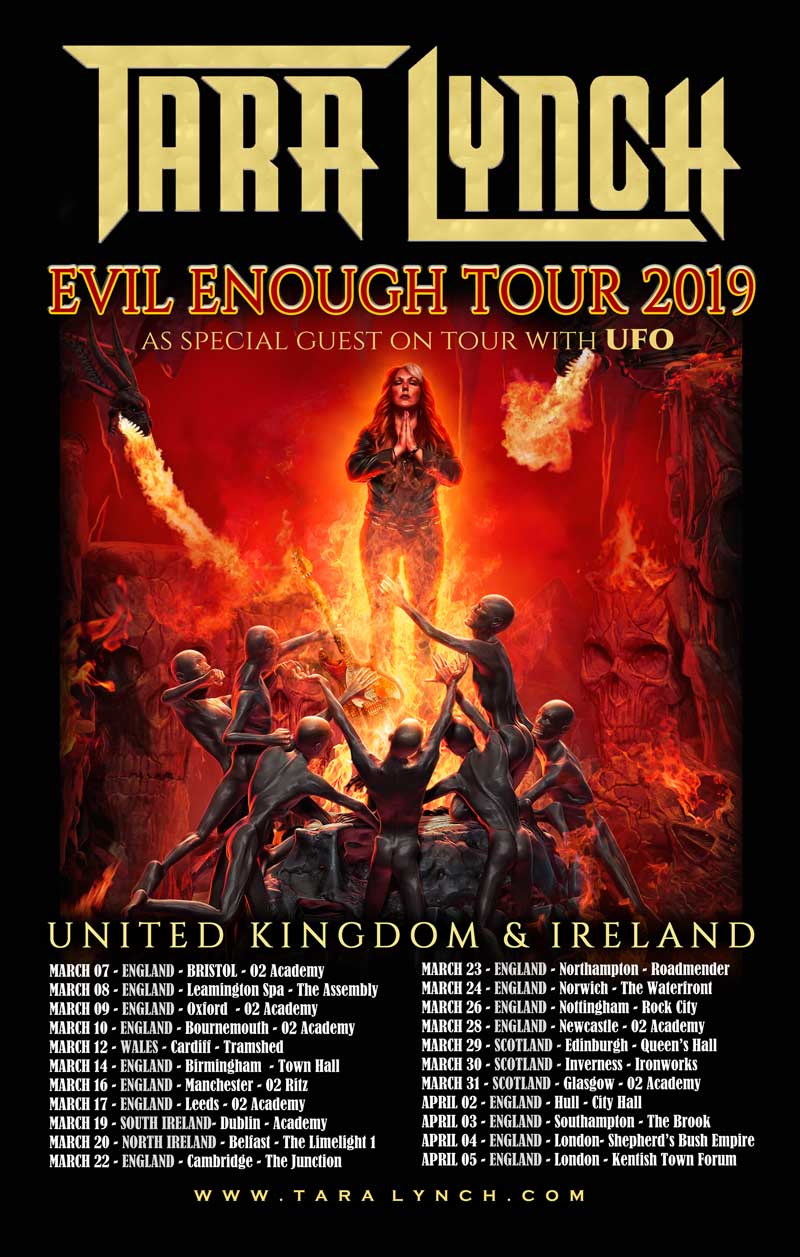 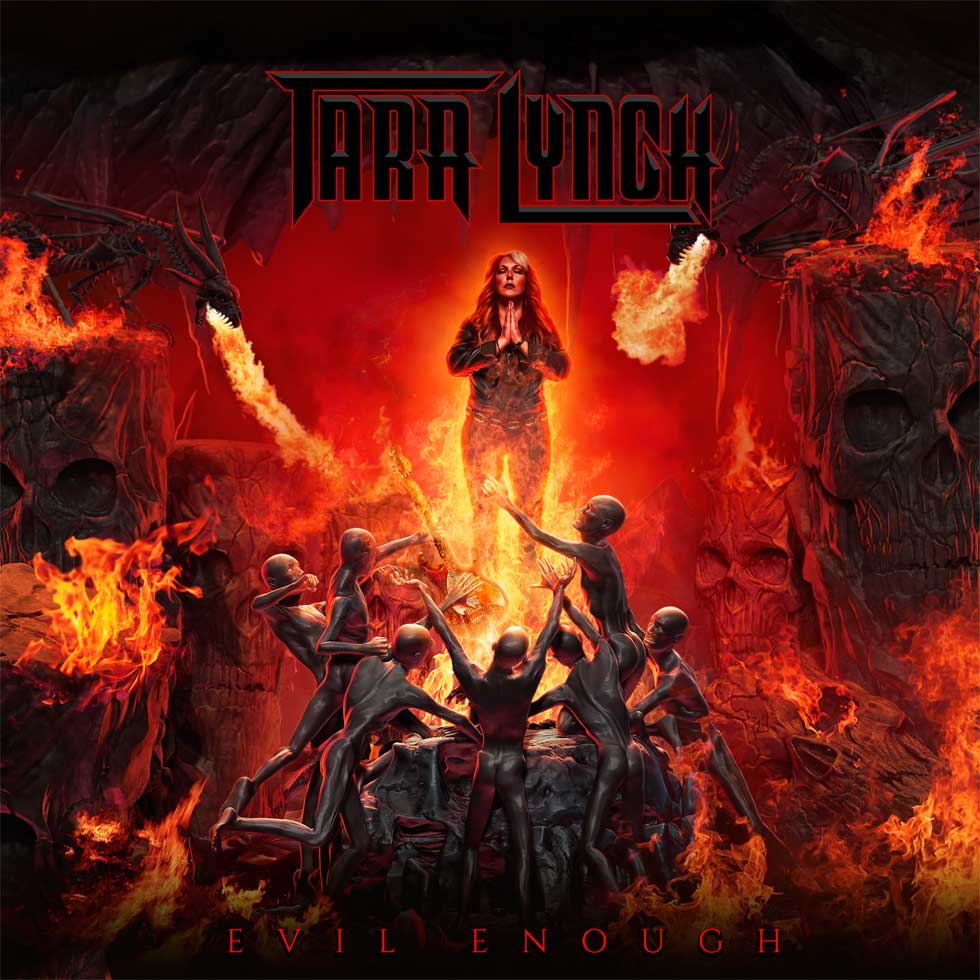 Musicians with as many talents as Tara Lynch (nickname: “Gui-Tara”) are a rare find. The American multi-instrumentalist sings, plays the electric and the acoustic guitar, as well as the bass, drums and piano, in addition to composing her own material from an early age. At the same time, she enjoys an excellent reputation among her colleagues and not only deployed her own skills on her current album Evil Enough but was supported by international stars such as Vinny Appice (Black Sabbath/Dio), Tony MacAlpine (Planet X), Phil Soussan (Ozzy Osbourne/Billy Idol), Mark Boals (Dokken/Yngwie Malmsteen), Brent Woods (Vince Neil/Sebastian Bach), Glen Sobel (Alice Cooper) and Björn Englen (Quiet Riot/Yngwie Malmsteen) as guest musicians. “They are all my personal friends,” she explains, “so it was easy to ‘cast’ each track and their support means the world to me. They all welcomed the opportunity to play the songs I wrote and each guest put their own special vibe and feeling into each track, making them sound just perfect!” 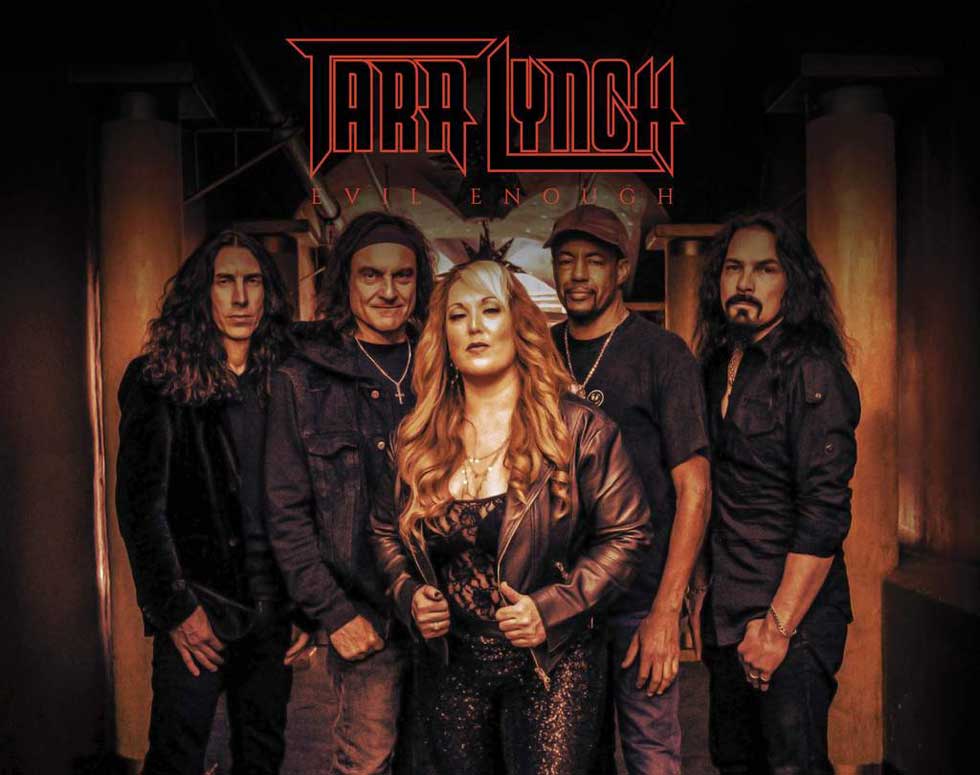 And indeed Tara Lynch has succeeded in recording an outstanding rock album in Evil Enough, which – despite the renowned guest contributions – focuses mainly on her expressive voice, her intelligent, elegant guitar style and her mature songwriting. Says Tara: “I prefer to think of the guitar as a form of art and not just a tool to create music with, which is why there are four instrumental tracks on Evil Enough. My musical taste varies widely, and though I’m a huge fan of the instrumental guitar genre, my favourite bands have a vocalist and a guitarist that really takes advantage of melodies and not just pure shred.” 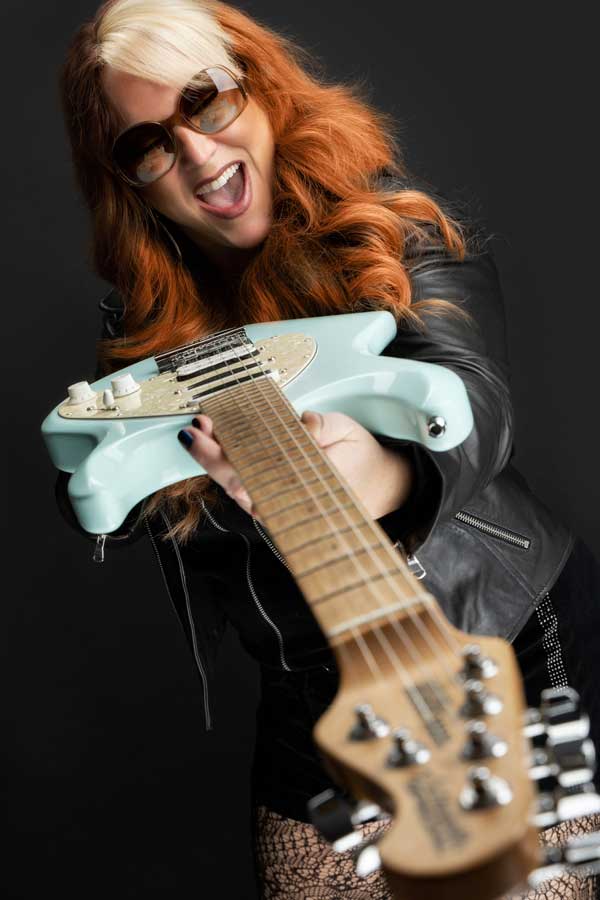 For this reason Tara Lynch, who has studied with Steve Vai, Chad Smith (Red Hot Chili Peppers) and Derek Sherinian (Dream Theater, Black Country Communion), among others, relies primarily on inspiration and instinct, despite her accomplished technical skill: “What you hear is exactly what comes out of me without any pre-programmed ideas. I have lived quite a colourful life thus far and have lots of things to talk about, so when I write my music I just say it like it is. I do the same with my guitar playing. I’m not out there to impress anybody, just to tell my story and hope that people enjoy what they hear and can even relate.”