Brand new single and US distribution deal with Amplified

Rock solo artist The Kut (PhD) has announced a US distribution deal with Amplified (Alliance / AMPED / MNRK), for her hotly anticipated second album and released a brand new video single ANIMO. The YouTube video can be viewed below. 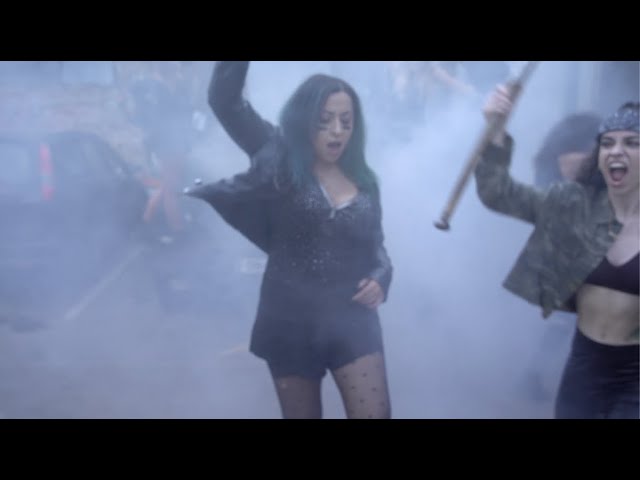 Written in solidarity with recent women’s rights discussions in the UK, the single is the first of a series of releases, leading up to The Kut second album, due June 2022. The forthcoming album features all seven members of her collective of women in music, with the ANIMO single featuring Diana Bartmann (drums), Jennifer Sanin (bass/vocals) and Dr Alison Wood (guitar/vocals) performing alongside The Kut (vocals/guitar).

The Kut’s debut album ‘Valley of Thorns’ was produced by James LeRock Loughrey (Skindred, White Zombie, Bjork) and spent two weeks in the UK Rock Albums Chart (No.7) and No. 18 in the Independent Albums Chart. The album was distributed via Cargo Records, who stay on as UK & Europe distributor.

With tours in eight countries and performances at Download, Rebellion, Camden Rocks and BBC Introducing Stages, The Kut returned to live post-lockdown, headlining the River Stage at Isle of Wight Festival. The event was followed by the announcement of a long awaited forthcoming single, ‘ANIMO’.

The US deal, which also signed The Kut’s Criminal Records label, moves their US base to a 700,000 sq ft. US warehouse, backed by Alliance and in partnership with AMPED and MNRK. The deal brings her and label into an impressive US roster including Kobalt, Death Row, Pias, Epitaph, Chrysalis, Nuclear Blast, Papa Roach, Arlo Parks, Dr. Dre, Snoop Dogg, Larkin Poe, Blink 182, Frank Turner and Die Antwoord.

Other label signings to join the deal include Everett True who recently released his first-hand account ‘Live Through This (Part 1 – Nirvana)’, Weekend Recovery, The Last Siren, LORI, Mike Walsh + +

Mike Donohue, CEO of Amplified Distribution, discussed the mass signing, stating “They are bands that deserve to be heard here in America. Amplified looks forward to this partnership and we are excited about the next level artists Criminal plans to bring to us.”

ANIMO is available on three Limited Edition CDs, designed by Daniella Batsheva, and at all digital retailers.

The Music Video, directed by Mike Gripz at Smith Town Studios is out now.

Johnny Doom, Kerrang! Radio
“The infectious new single by The Kut, turn it up loud and check them out if you haven’t”

The Guardian – Editor’s Pick
“Your snarly singer-guitarist… Shades of Courtney, Brody and L7”

Big Takeover NYC
“The Kut is the revolution waiting to erupt.”

Classic Rock Magazine
“Punk’s not dead, pass it on.”