US Hard Rock / Metal band, VANDALLUS, feat. members of Midnight & Eternal Legacy have released a new music video for ‘OUTBREAK‘, the song is taken from their new album ‘Outbreak‘, which will be out on December 12th, 2019 – digital, CD and vinyl via Mercinary Records.

It’s all about classic dynamic recordings with a real live drummer, no pitch shifting, and no crushed or fake elements. 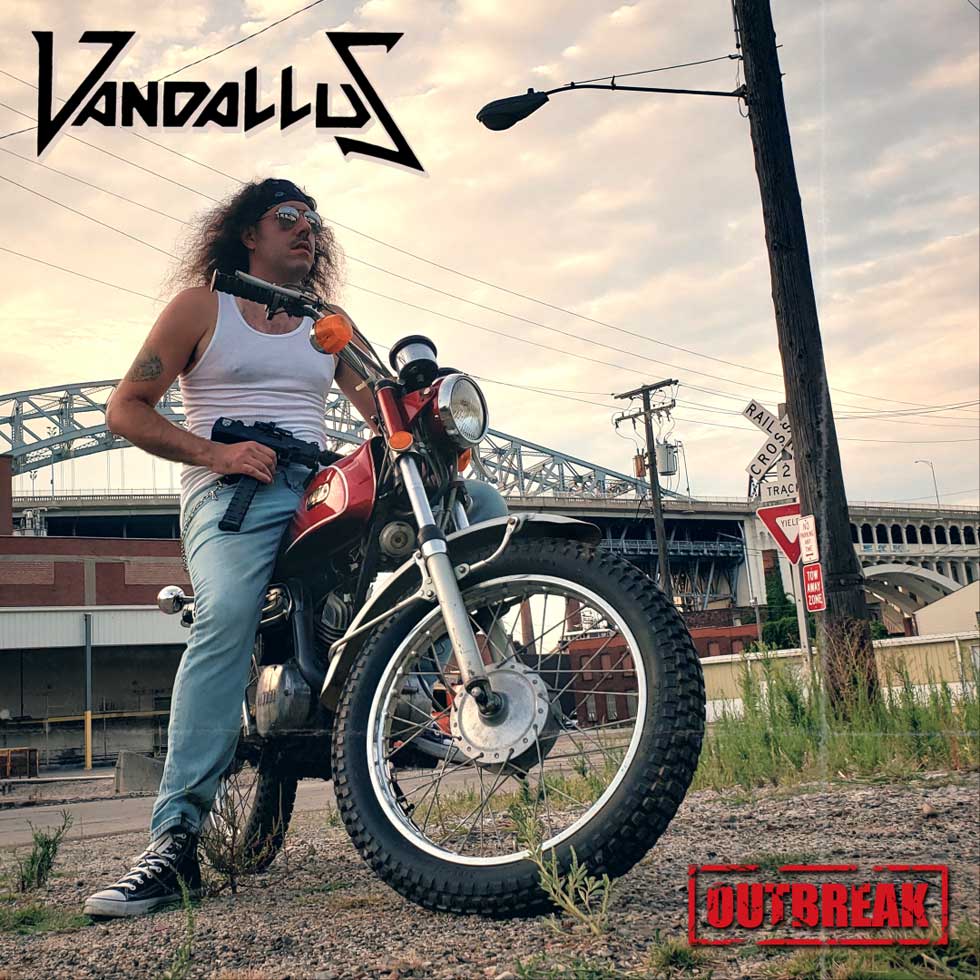 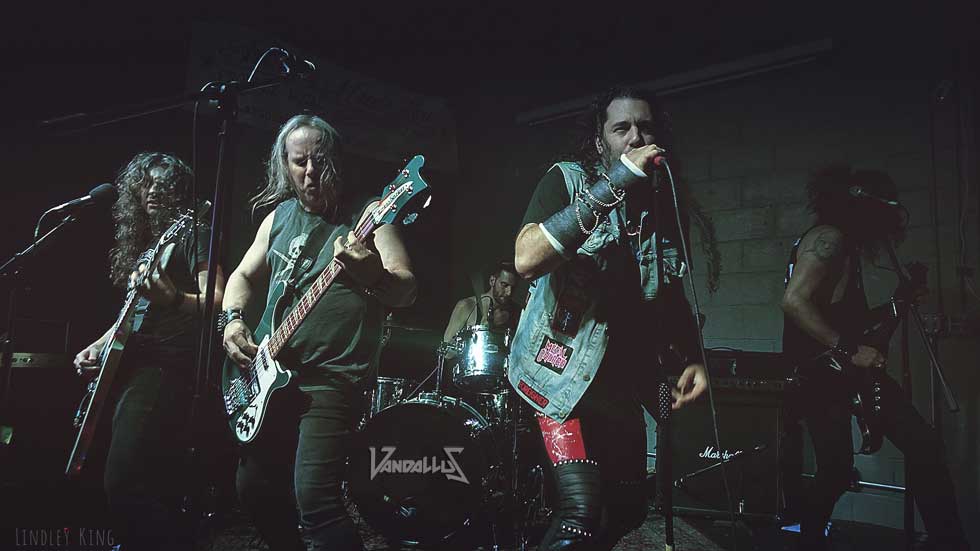 VANDALLUS from Cleveland Ohio, USA feature two thirds of the mighty Midnight in their line-up. VANDALLUS is Jason’s baby “aka CrazyV”, Midnight boss Jamie Walters also wrote a few songs to kickstart the debut album “On The High Side (2016)” via High Roller Records. The idea came about of making an album in the vein of late 1970s/early 1980s hard rock. Being that there was a significant amount of underground buzz about the music, it had become a functioning band.

The sound of “On The High Side” is a very direct and sort of old school sound, according to Jason, that’s exactly how it was originally planned: “The main vibe with this band is all about capturing an era that won’t be forgotten, just straight forward old school hard rock without the bs. I had the debut album mastered by Arnie Acosta (Santa Monica Mastering) whom worked on many of the classic productions of that time. The follow-up album “Bad Disease” was recorded live in the studio and released in 2018, and now here comes the 3rd powerhouse “Outbreak” ready to be unleashed upon the world. “I’m all about classic dynamic recordings with a real live drummer, no pitch shifting, and no crushed or fake elements.”

VANDALLUS are very much motivated to play live as often as they can. Generally, we like to stick to more festival-type shows because we like to put on a full out energetic performance without cutting any corners. The 80’s is an era that I’m truly inspired by, and through the music we’re trying to get the upcoming generations to be as inspired as I am. Our goal is to get the younger kids to see the energy and vibe, and experience what the classic shows were all about.