Italian hard rock band VOODOO HIGHWAY have announced to work on close collaboration with R-MINE PRODUCTIONS. The Belgium based booking agency is known for their many Summer festivals that they organize in Europe as well as tour planning for many bands.

VOODOO HIGHWAY is already confirmed for the R-MINE METALFEST 2013 playing main stage Friday 21st June 2013. On later this year an European tour is going to be planned for the Italian rockers.

Booking Agent Alessia Menegatti comments: “I am very proud to have the chance to follow this amazing italian band. First album was good, second is awesome and they keep growing. Their live shows are pure energy and fun; these guys are crazy!! You don’t wanna miss them on stage, trust my word!“.

VOODOO HIGHWAY have released the new video for the track ‘This is Rock’n’Roll, Wankers!’. The mafia styled video can be viewed below:

Have been indicated as one of the new revelations worldwide and defined as “the new Deep Purple” from such a big name in music as the former Rainbow/Elf/Gary Moore and current Raven Lord bassist Craig Gruber. 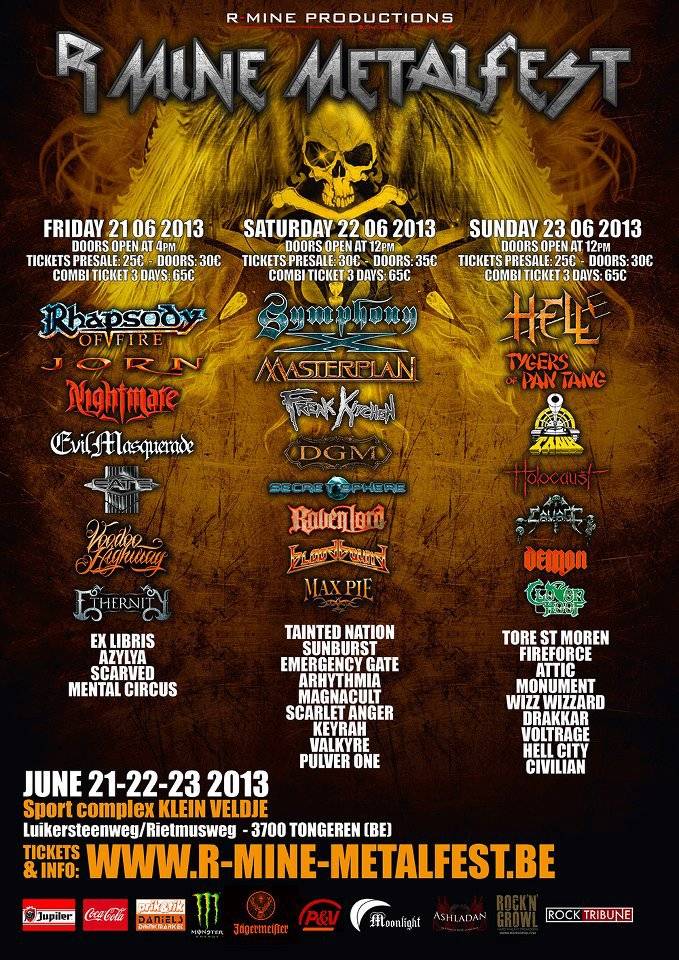