Italian hard rockers VOODOO HIGHWAY have released a new video “Wastin  Miles” from their second album “SHOWDOWN“, to be released worldwide via Dust On The Tracks Records through Sony, Universal, Proper Music Group, MVD, Suburban on April 26th (UK release is set on April 29th). Watch the video below:

Voodoo Highway will stage a release party to celebrate the release of their new album, “Showdown“, on May 26 at Rockafe in Malborghetto (Ferrara), Italy.

Voodoo Highway’s album cover artwork of “Showdown” to be featured on the forthcoming final anthology book of the british graphic mastermind Storm Thorgerson (1944 – 2013) along with Led Zeppelin, Pink Floyd, Syd Barrett, Black Sabbath and many more.

Have been indicated as one of the new revelations worldwide and defined as “the new Deep Purple” from such a big name in music as the former Elf/Rainbow/Gary Moore and new Raven Lord bassist Craig Gruber. 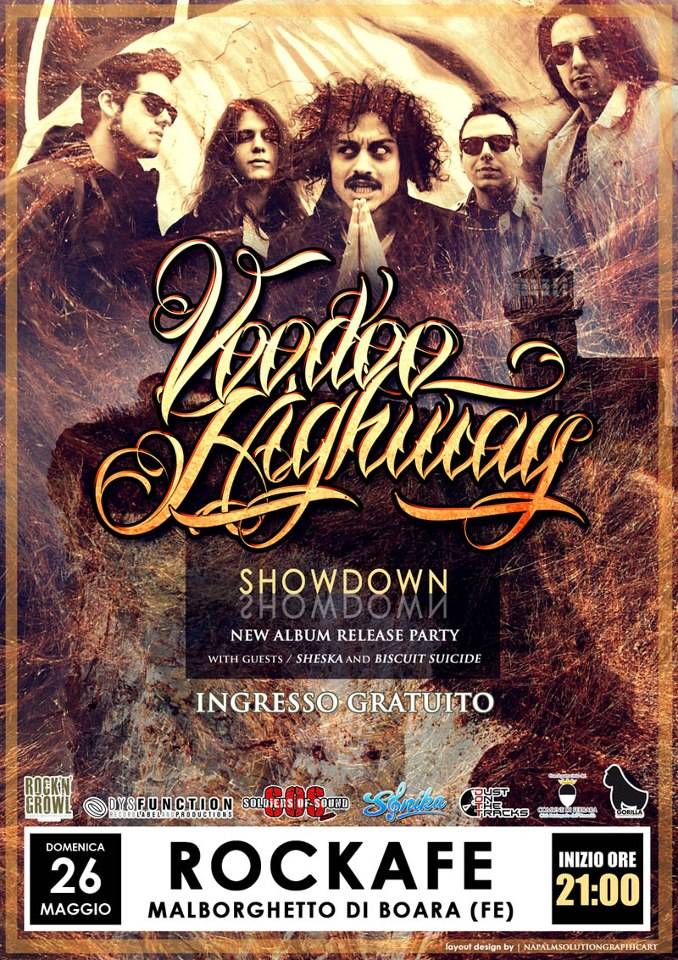