WARRIOR SOUL, the band fronted by legendary singer Kory Clarke, have announced 2018 tour dates in UK, Europe and Scandinavia. The dates are in support of their new album ‘Back On The Lash‘ which was released on December 1st – 2017, via Livewire/Cargo Records UK.

WARRIOR SOUL are back with profane sermons delivered at high velocity and maximum volume and this is what the new album is all about! ‘Back On The Lash’ is a powerful statement of intent from Kory and WARRIOR SOUL. 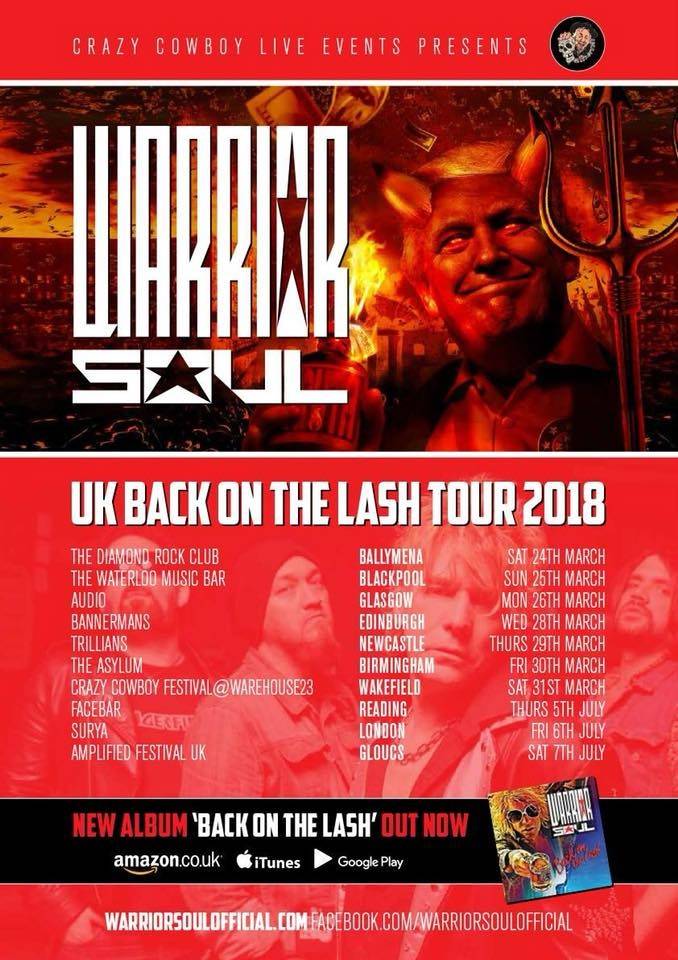 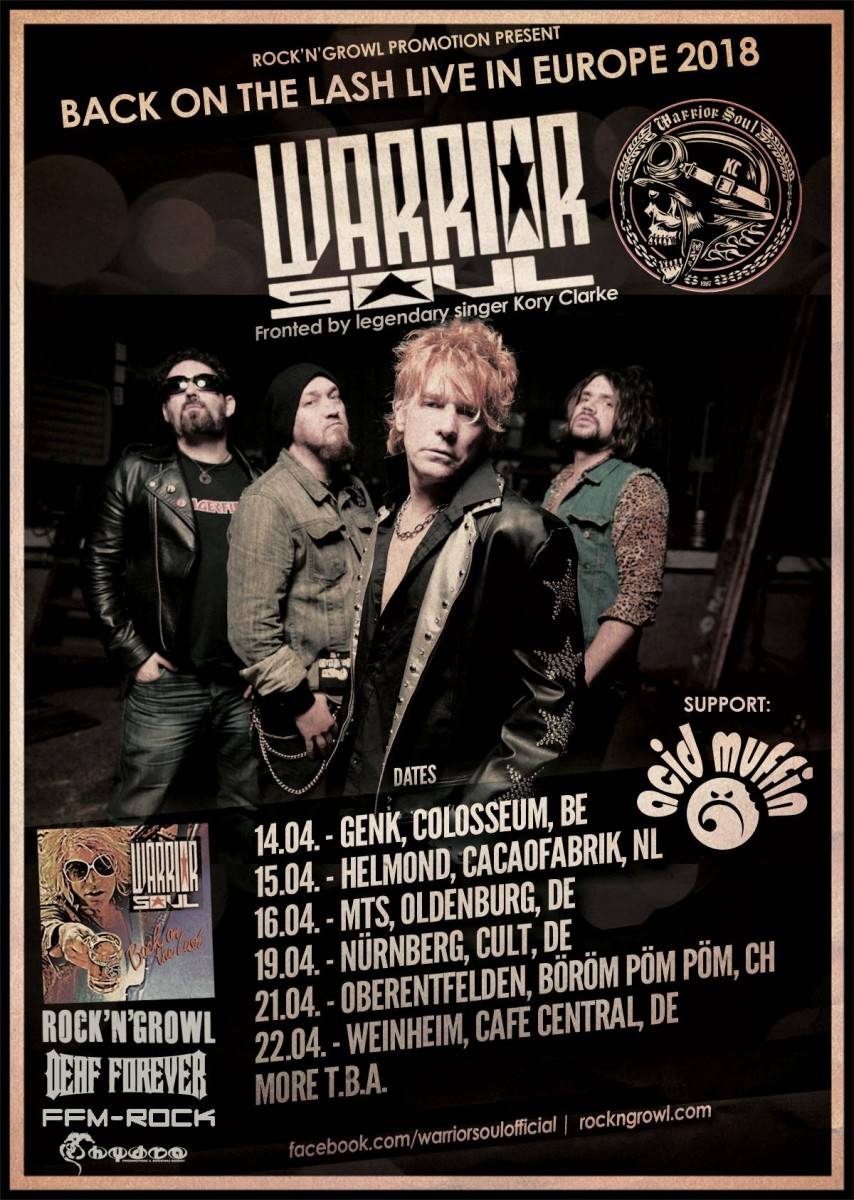 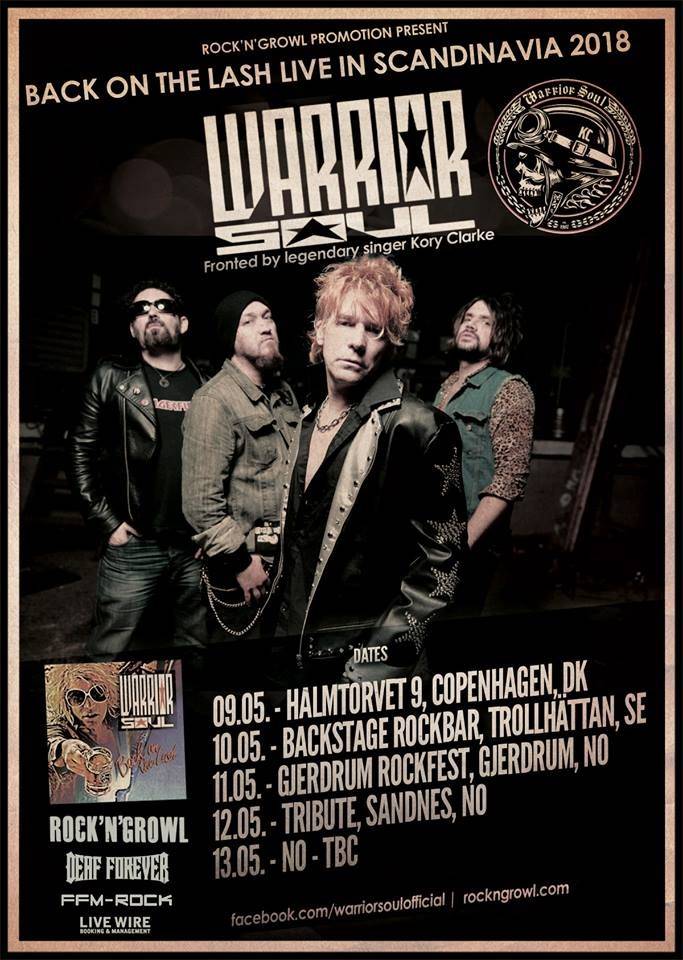 Kory Clarke is one of the last true rock n’ roll frontmen and since the classic ‘Last Decade Dead Century’ in 1990 he has continued to swim against the tide of mediocrity and safe rebellion. His last solo album ‘Payback’s A Bitch’ received the full score in Rolling Stone Magazine upon release. This firebrand of political invective and rock n’ roll is ‘back on the lash with a new album ‘Back On The Lash‘ and you won’t hear a more powerful or authentic album this year. It is everything you would expect aggressive, vile and wants to make you go to the bar and tell the planet to fuck off.