US rockers Wildstreet have just announced that their ‘Kings Of The World Tour’ will begin on July 11th at Frankie’s Inner City in Toledo, OH. Joining them on select dates are Waterloo, IA punk rockers, ‘The Rumours’. 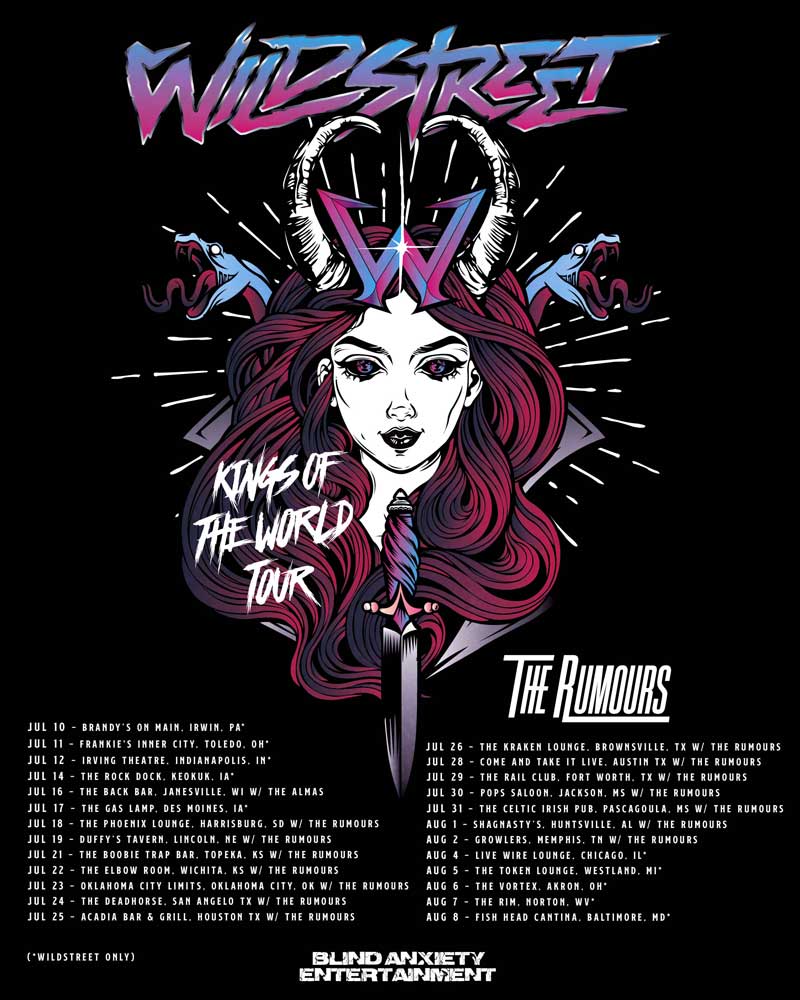 ‘Kings Of The World Tour’ US tour:

Wildstreet’s began part I of ‘Kings Of World The Tour’ in February at Knitting Factory, Brooklyn. They also released their latest single, ‘Born To Be’ https://youtu.be/wMkCeD6-ZL8 which was added to Spotify ‘Hard Rock’ editorial playlist upon it’s release. All of Wildstreet’s recent singles, ‘Tennessee Cocaine,’ ‘Three Way Ride’ and ‘Born To Be’ have over 150k streams on Spotify. Their two recent music videos, ‘Tennessee Cocaine’, & ‘Three Way Ride’ https://youtu.be/DxcTNdIUDYc also have 150k on youtube. With ‘Kings Of The World Tour’ plans postponed, the band has hosted live stream acoustic concerts weekly on Instagram and Facebook. These concerts reached over 5.4 million people worldwide, and had 300k+ video views, as well as thousands of Facebook page ‘likes.’ Now.. It’s time to Rock!

The release dates for the Wildstreet’s next single & music video ‘Still Love You’ will be announced soon. 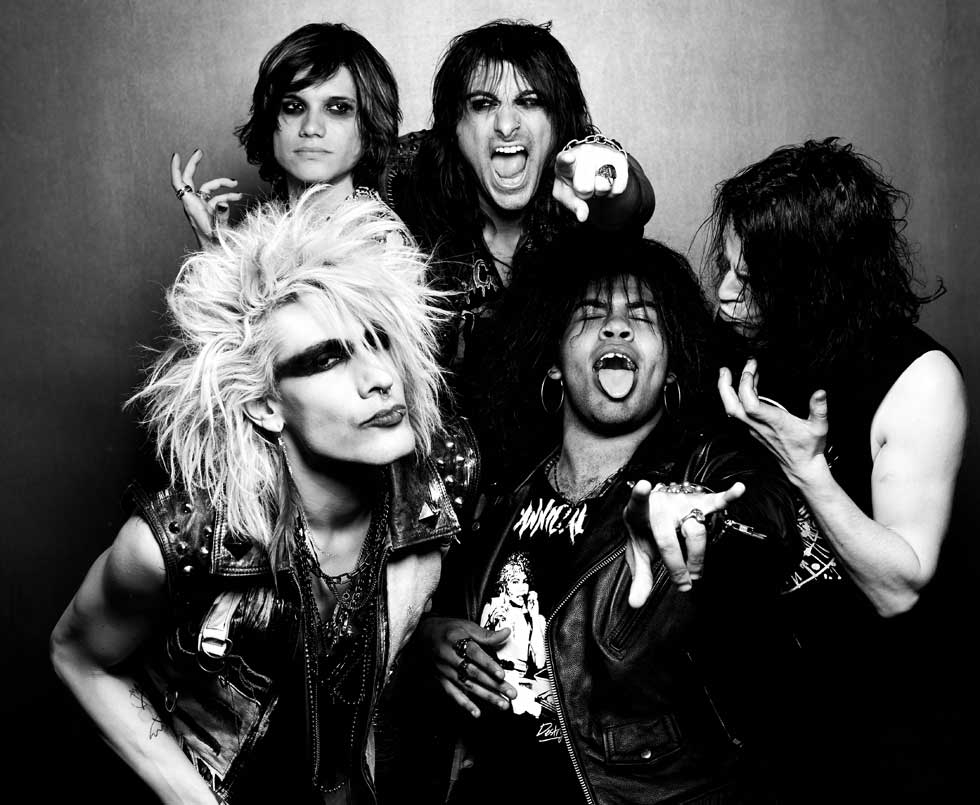 In 2011, the band released Wildstreet II..Faster..Louder! to widespread critical acclaim. They made an appearance on “The Jimmy Fallon show” (https://www.youtube.com/watch?v=mT2Wpp7NkK8) and their songs were licensed to TV shows on E!, MTV, VH1, Oxygen, TBS & in a THQ Video game. Later that year, the band released the official music video for “Poison Kiss,” which included a cameo by Don Jameson of “The Metal Show.” Wildstreet now had the attention of rock fans worldwide. In 2012, the band released the single “Easy Does It,” and it’s official music video. The video went viral on YouTube. (Wildstreet has well-over 4 million views and nearly 8,000 subscribers on that platform).

After taking a 2 1/2 year break off & dodging Rumours of a band breakup, Wildstreet exploded back onto the NYC scene in 2016, headlining Gramercy Theatre with new lineup. In early 2017, the band rocked NYC with Faster Pussycat and The Biters and headed to Rocklahoma for the 6th time.

Wildstreet began work on their single “Raise Hell” after Rocklahoma. Released in December 2017, it ushered in a new period for the band. They headlined Irving Plaza for the single’s release party, and was handpicked by Dorothy to open for her New York City tour date at The Bowery Ballroom. In February 2018, the band released a lyric/concert video for “Raise Hell.” Wildstreet spent the remainder of 2018 in the studio recording, Wildstreet III. They performed regional tour dates/festival dates. Highlights include: opening for Sebastian Bach & Escape The Fate. In March, the band sold out The Knitting Factory Brooklyn and then headed out on their first tour in Europe, playing 10 shows in Belgium, The Netherlands and Germany, including Sleaze Fest 2019 in Bochum, Germany. Upon returning to NYC, Wildstreet filmed the official music video for “Tennessee Cocaine.” In July, they headlined a sold out NYC show at Saint Vitus and headed out for a short West Coast tour which included stops at The Whisky-agogo & Great American Music Hall. The band toured the US in February before the pandemic outbreak. Their last three singles, ‘Tennessee Cocaine,’ ‘Three Way Ride,’ & ‘Born To Be’ have over 100k Spotify streams & their last two music videos have over 100k Youtube views. They have confirmed festival dates for 2020/2021 inlcuding: Rockfest 2020 (US) The Call of The Wild (UK), Sleaze N’ Hard IV (Colombia) & Hard Rock Hell AOR Festival (UK), COQ festival (EU).

The Kut Launched 'The Kut Digital Exhibition of Well-Being'